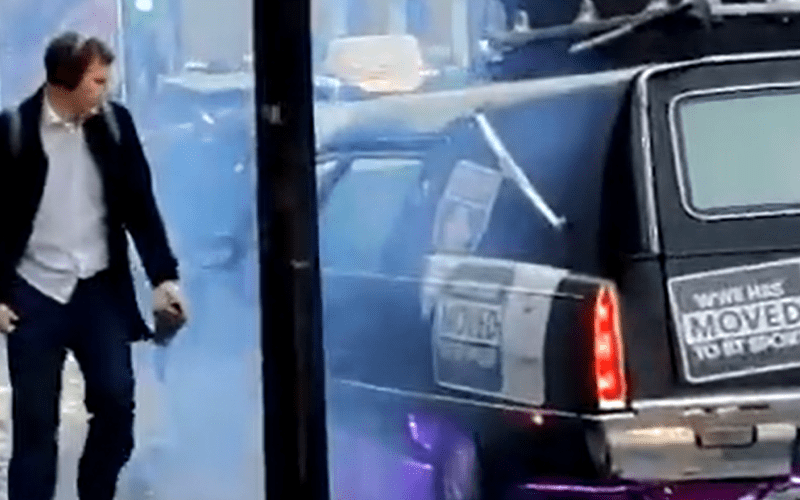 WWE left Sky Sports ending a 30 year relationship. Now they are on BT Sport and there is quite a promotional campaign going on.

The Dead Man’s famous ride has appeared in London. It is quite shocking and a nice piece of marketing as well. BT Sport uploaded a video showing a passerby who didn’t know how to take seeing this legendary vehicle with the following caption:

How would you react if you saw The Undertaker’s hearse in the the middle of London?

Plenty of WWE Superstars like Paige, Charlotte Flair, and Andrade made the trip to London. Stephanie McMahon came along as well to help kick off WWE’s programming for their new UK network.