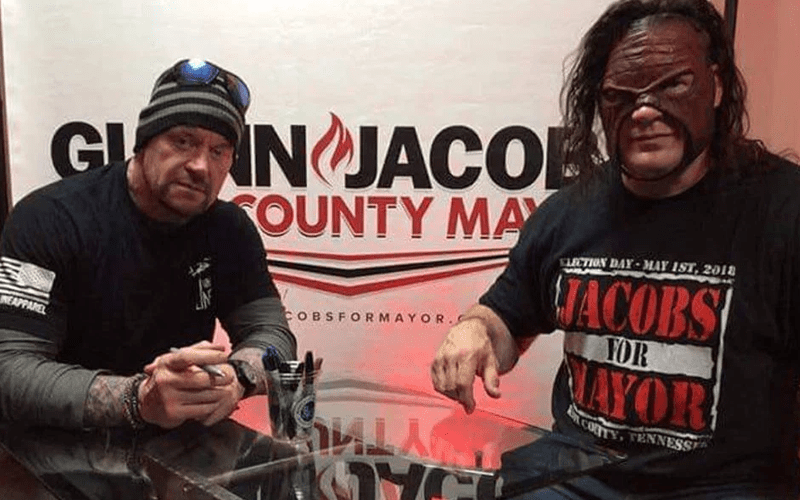 The Undertaker and Kane are brothers in WWE. They are also very close outside of the ring.

While speaking to the Broken Skull Sessions, Kane revealed many stories about his famous kayfabe brother. There were times when Taker would speak to Vince McMahon about Kane’s angles when he had nothing to do with them. He had Kane’s back the entire time which was a great support to have backstage in WWE.

Kane went on to discuss how The Undertaker would even help him out in his personal life. The Undertaker didn’t have to show up and assist Kane to spread awareness of his Mayoral campaign, but he did. Things like that fill the history between those two pro wrestling legends.

“Even our personal lives. I remember one time, again, you know you I go through these periods where I’m like ‘I don’t want to do this anymore’ and I talk to Taker and he says, ‘As long as you’re having fun and you’re capable, it’s your decision again, but keep on doing it.”

“Even in my campaign [for Mayor]. He came to Knoxville and he did an appearance for my campaign, he never does stuff like that. He’s just been more than instrumental. There wouldn’t have been a Kane if there hadn’t been an Undertaker and I wouldn’t have the success I had unless he had my back.”

Kane will be appearing on Friday Night SmackDown this week. It will be interesting to see what kind of segment he finds himself in.

The Undertaker doesn’t appear for WWE very often anymore either which makes reunions harder for the Brothers Of Destruction. You can never rule out another outing for Kane and The Undertaker before everything is said and done.