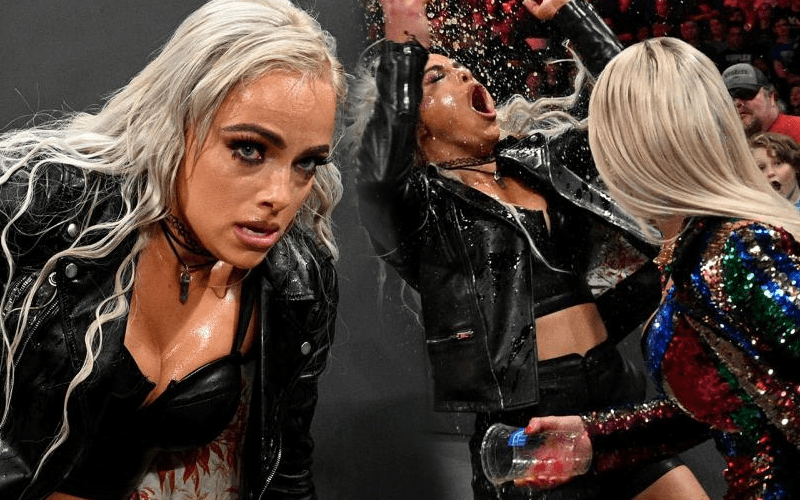 Lana didn’t want to deal with Liv Morgan this week on RAW so she threw a drink in her face. Liv Morgan later said this ruined soda for her.

Now we know the identity of the woman who had her drink snatched by the Ravishing Russian. Indie manager Nikki Campbell just so happened to be at ringside and holding a soda at the right time as The Local Competitor said:

On @WWE RAW: Whose drink did Lana @LanaWWE steal before she splashed it on Liv Morgan’s @YaOnlyLivvOnce face? Thanks Austin Tyler Morris @theATMorris for posting about your girlfriend Nikki Campbell’s @thenikkicmpbll (ring announcer & manager) appearance on RAW.

Campbell had plenty of people congratulate her for this brief guest spot on WWE RAW. Her future father-in-law was one of those people as he tweeted out saying how proud he was of her.