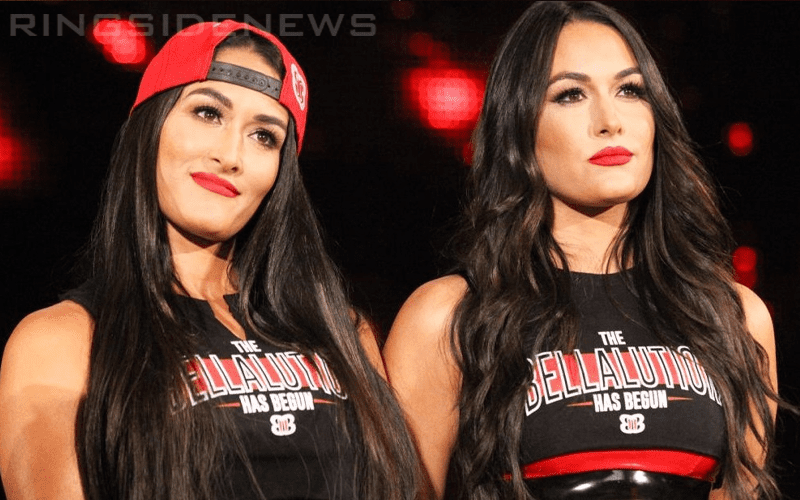 WWE handed The Bella Twins names that were very close to the ones they have in real life. The twins had a different idea that would have included nicknames for them as well.

There was no Brie Mode pitched by the Bella Twins to WWE. Brie revealed on Kevin Hart’s “Cold As Balls” that they initially pitched two names that had nothing to do with being a Bella.

“We thought it would be really cool, like a tag team. Actually, our first names that we came up with were Nicole Fo-Sho and Breizy Fo-Sheezy. They didn’t buy it.”

Obviously WWE didn’t like that idea and went a different way with things. It’s probably a good thing WWE had their own idea for the twins too. Their career longevity might not have been the same if their names were Fo-Sho and Fo-Sheezy.