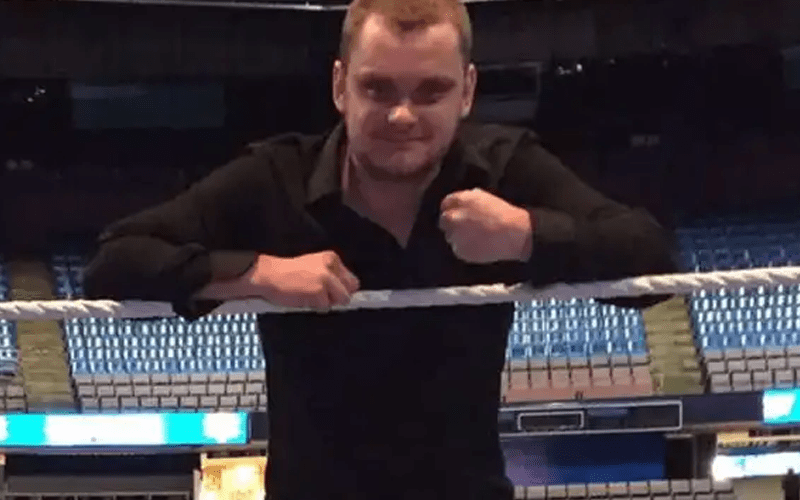 Chris Benoit’s 2007 double murder-suicide sent shock waves throughout the entire pro wrestling world. It received mainstream attention, but Chris’ son David Benoit didn’t appreciate some of the manner in which the story was covered.

David also spoke about the biopic about his father that they had to shut down.

While speaking to Chris Van Vliet, David Benoit said it was difficult to comprehend the news about his father’s death when he was told about it. This was a heavy subject and he couldn’t accept it as anything but a joke at first.

“I thought it was a joke when I first found out. I was in Edmonton doing a fundraising thing with my sister. My mom got a call from RCMP telling her to come down (to Georgia). My mom told me. My grandfather (Chris’ father) went down (to Georgia). He was in control of it. My mom couldn’t do it because she had to take care of me and my sister. He was in control of the estate and the lawyers.

David Benoit went on to reveal that he punched a police officer who told him about the news. He thought it was a cruel joke, but the reality of the situation soon set in.

“I punched a cop. I punched him right in the chest. I thought it was a joke, I really did. I just didn’t believe it bro. I think the day it really hit me was at his funeral, that was a hard day. I laid him to rest.”

The entire world was shocked to hear about the tragedy surrounding Chris Benoit’s death. Years later it is still hard to accept. We can only imagine how difficult it was for David Benoit at the time. It’s also a very good thing the cop he punched understood the gravity of the situation as well.