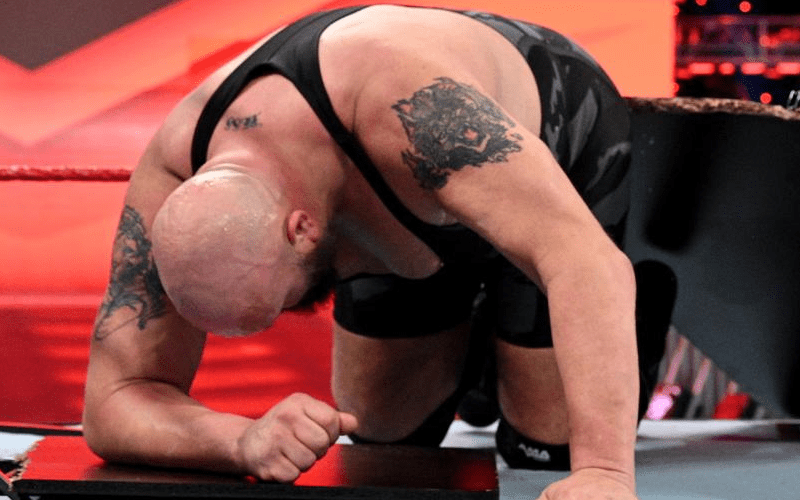 The Big Show returned to WWE television recently. His latest run was reportedly a favor and might only be short-term, but he had to recover a lot to make it back to the ring.

While speaking to ESPN, The Big Show revealed that the first of five surgeries he had was to put a titanium cap on the ball joint of his hip. He developed an infection and then they had to start all over after clearing up he infection issue with a PICC line full of antibiotics.

“The problem with an infection is that once it gets on the metal, you kind of have to take the metal out and start over. The infection is so smart now that it literally hides from antibiotics,” Show said. “I’ve learned more about infections and antibiotics and physical therapy than I ever, ever wanted to know.”

“I was angry I had to have the surgery done, and I felt like my career was getting pulled away from me. It wasn’t on my terms.”

“Everything happens for a reason. It tested me. It tested my faith. It tested my commitment to myself as an athlete and a performer to push myself,” Show said. “[Last] Monday night was the culmination for two years of headaches. Two years of stress. Two years of doubt, and other people having doubt about whether I could be competitive again.”

Big Show now admits he wishes that a full hip replacement was done in the first place. He dealt with a lot to make it back to a healthier state. Big Show has also been very busy in the past year with two television shows.

We’ll have to see if WWE wrote him off of television this week with the Fist Fight He wouldn’t have been able to take the bumps he did if it weren’t for those operations.