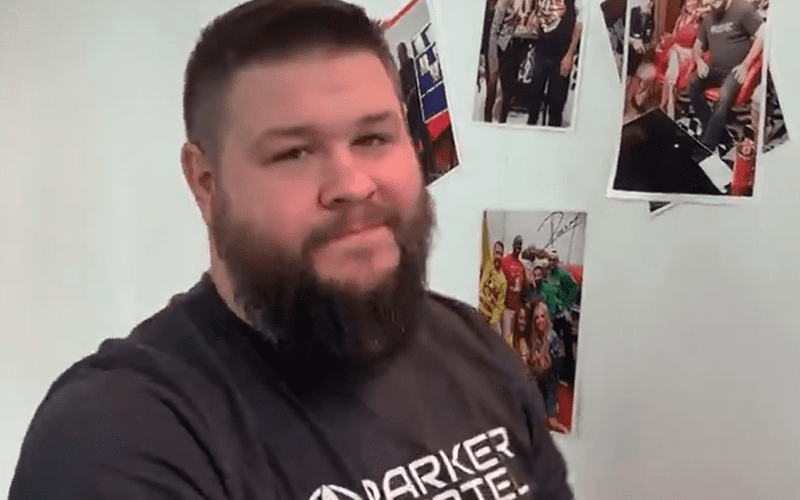 Kevin Owens is not a fan of Seth Rollins at all. He will take every chance he can to make sure his face doesn’t see the light of day too.

KO recently appeared on WWE The Bump. He gave a great interview, got to chat with Steve Corino, and then some animals came by to hang out. After his interview, Owens did something that was very on brand for him.

Every guest on WWE The Bump signs a picture of themselves on the show and then they place it on the wall. When Kevin Owens had a choice of where he wanted to place his photo he plastered it right over Rollins’ image.

Kevin Owens will have a chance to get his hands on Seth Rollins very soon. Owens is booked to team up with The Big Show and Samoa Joe against The AOP and Rollins on Raw in a Street Fight. Now The Architect has even more motivation to punch Kevin Owens.