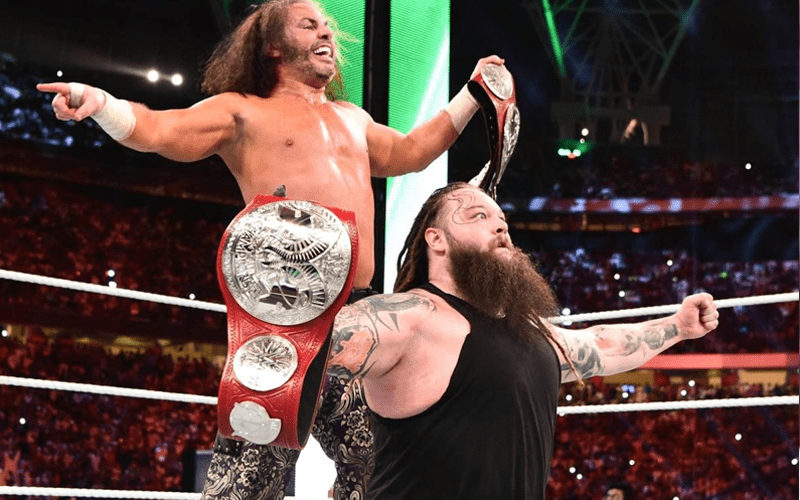 Bray Wyatt and Matt Hardy had a great time as tag team partners. The two went their separate ways, but they will never forget what they mean to each other. Now that Hardy could be looking at a WWE exit, things are getting very interesting.

Hardy recently released a video saying that he is “in limbo.” He also sent out a tweet about being stuck in limbo while using one of Bray Wyatt’s new slogans in the process.

I am in LIMBO.

Would HE hurt me or heal me?

The next day Bray Wyatt seemingly replied to Hardy. He sent a short message to Matt saying that he could heal him because Hardy was one who picked him up while nobody wanted The Eater Of Worlds.

dear matt, i couLd nEver hurT you

i could heal you, just like you did for Me

and I Never forget…..

Even if WWE doesn’t reunite Matt Hardy and Bray Wyatt it’s still nice to know that they have a real friendship. The two teamed up as Jeff Hardy was gone and Wyatt was on his own.

After capturing tag team gold in WWE the team proved themselves as a force to be taken seriously. Now they are focusing on their own paths in pro wrestling, but you can never say never about an eventual reunion.