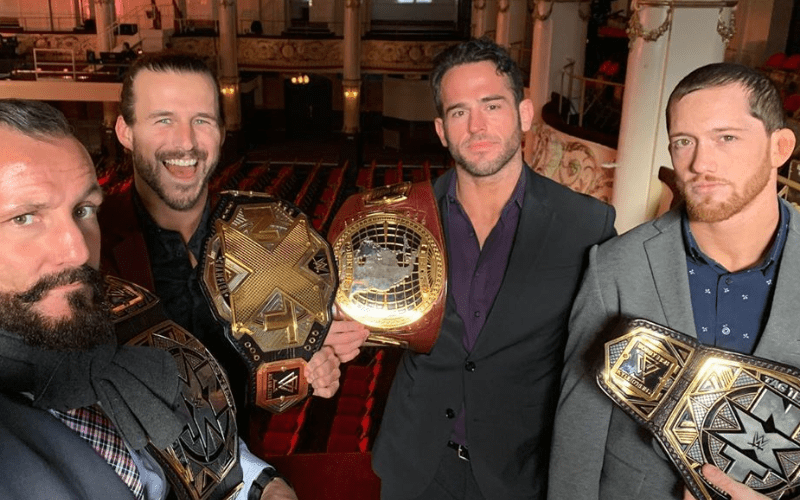 The Undisputed Era made their presence felt during the closing moments of NXT UK TakeOver: Blackpool II. They have a big match against Imperium at Worlds Collide and the gold plated NXT stable fired the first shot in a big way.

After they beat down Imperium on their home soil, The Undisputed Era celebrated in Blackpool. Kyle O’Reilly sent out an Instagram post showing that the four of them had a great time over the pond.

Adam Cole also sent out a tweet saying: ” If you’ve been living under a rock…the Undisputed ERA runs WWE. Then, Now, Forever.”