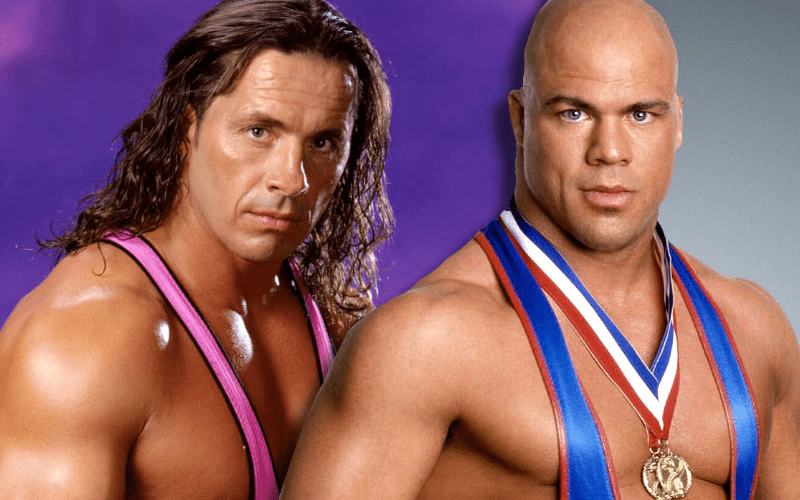 Kurt Angle was able to perform in plenty of dream matches throughout his twenty plus year career. One person he never locked up with was Bret Hart, but it wasn’t for lack of trying.

While speaking to Chris Van Vliet, Kurt Angle revealed why The Hitman turned down a match idea with him. Hart didn’t want to perform when he couldn’t be at his best. Looking back, Angle can now appreciate this decision.

“I was trying to get it done. I understand why Bret didn’t want to do it now me being 51 and looking back and if a young Bret Hart went to me right now and said ‘Let’s do our dream match’ I’d say ‘it’s not gonna be the dream match I’d like it to be. I probably don’t wanna get in that ring.'”

“I understand why Bret didn’t want to do it. He had that stroke. He had a lot of bad luck so things that were medically, you know difficult for him to come back and be at his very best. I understand that he wanted to be the Bret Hart and everyone adored. I told him you don’t have to bump at all I’ll do all the bumping. He said ‘Naw it won’t be the Bret Hart match that I wanted it to be.'”

It might have been really great to see Kurt Angle vs Bret Hart. Sometimes dream matches are best left to the video game world. The memory of a bad dream match can leave such a lasting impression for the wrong reasons.