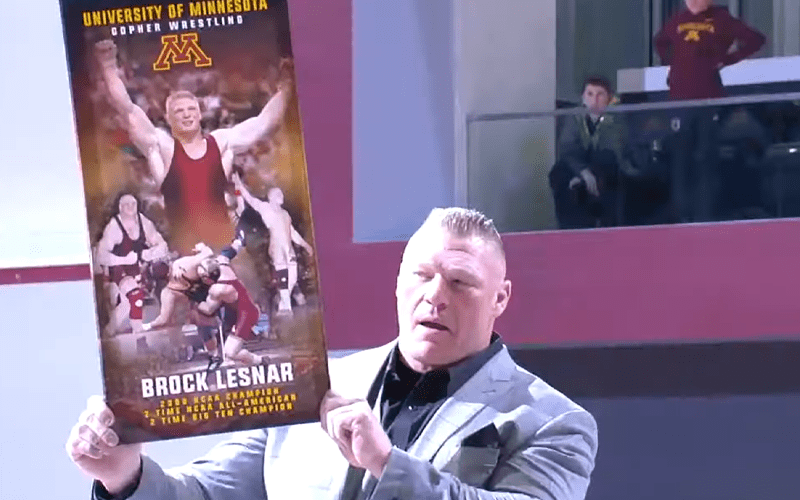 Brock Lesnar is an Honorary Wrestling Coach at the University Of Minnesota. The honors kept coming for the Beast Incarnate on the 20th anniversary of his NCAA title win.

Lesnar appeared at his alma mater to remember his 2000 NCAA title win. It was a pretty cool event and a rare chance to see Brock Lesnar out of his usual stoic expression.

Brock Lesnar stayed and watched the University Of Minnesota’s match against Wisconsin. His Golden Gophers went on to win that day as well. Perhaps having Lesnar and his 55-3 record around helped give them some extra motivation.

You can check out a video below showing Brock Lesnar in this unconventional setting.