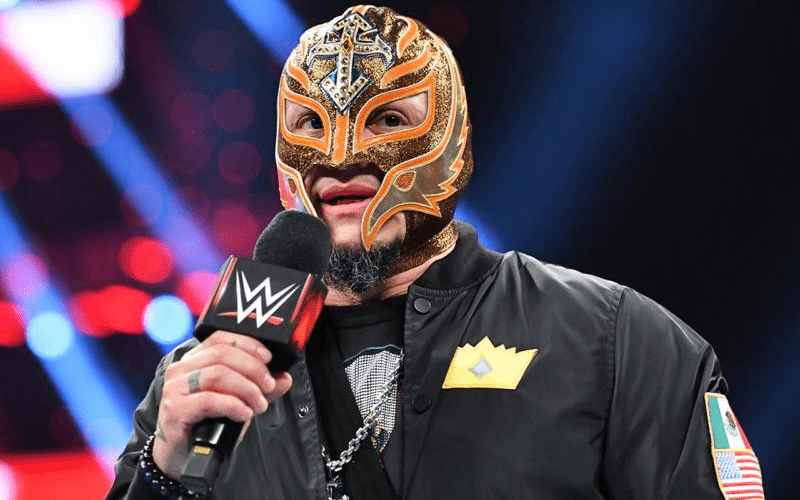 Rey Mysterio was WWE United States Champion until Andrade defeated him for the title inside Madison Square Garden. There is a lot more to that story, but it might not involve both of them.

The Wrestling Observer Newsletter reports that WWE decided to have Rey drop the title as a way to free him up. The plan is to send him to the main event level for a top feud on the red team..

The idea was to have Mysterio lose to set up Andrade to defend against babyface on the way up, and move Mysterio into the program with Owens & Samoa Joe against Seth Rollins & The AOP.

Mysterio seemed to find himself in the midst of a feud with Seth Rollins and the AOP. Perhaps Samoa Joe and Kevin Owens could use a third in their battle against a new heel Rollins and his crew.