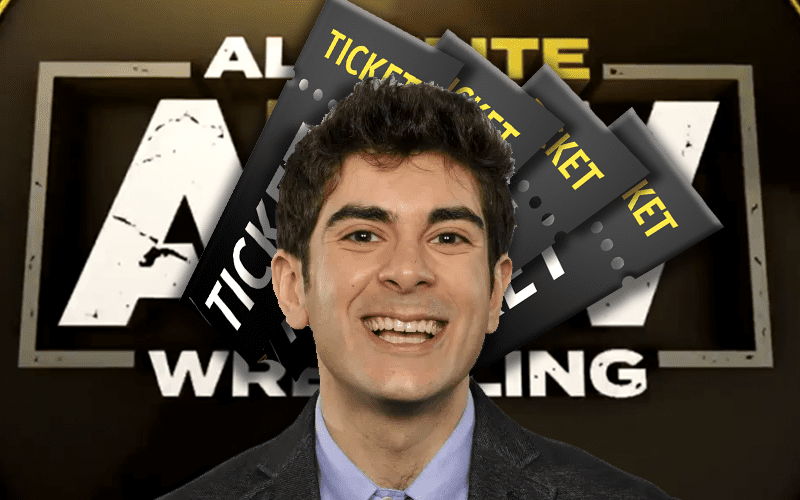 AEW looked like one of the hottest tickets in town. Their almost instant 10,000 seat sell-outs and one 20,000 seat sell out at All Out really gained scalpers’ attention. This made it very hard for fans to get tickets for a while.

Scalpers bought out AEW’s first few tapings for Dynamite. That did not mean every seat was filled. Scalpers were caught then eating tickets after flooding the market.

The Wrestling Observer Newsletter reports that they have encountered people who have been passed the narrative that Tony Khan “actually bought all the tickets for those day sold out events to make it appear the product was hot.”

There is currently an international documentary crew interviewing pro wrestlers. They informed Meltzer that there are those in WWE who have been passing this story along.

The story came from people in WWE who explained to them that version, that the fast ticket sales and early sellouts were the company buying up all the tickets. So it’s actually a story propagated from within WWE talent or told to WWE talent from within the organization. You’d think people who see through the obvious, but I guess not

AEW Dynamite’s Washington, DC debut on TNT and the weeks that followed in Boston and Philly were sell outs. They did not have a butt in every seat, but the seats were sold.

We’re not sure who bought up all the tickets, but it would have been pretty self-defeating for AEW to buy the tickets themselves just to flood a secondary market and keep fans from getting them.