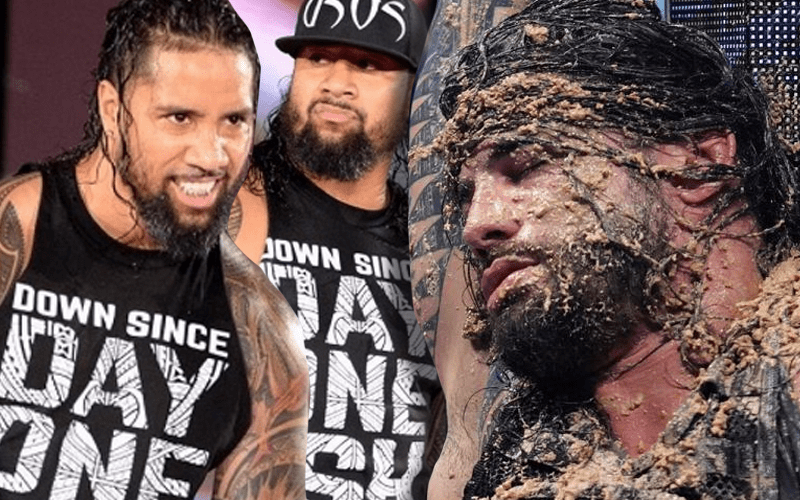 Roman Reigns had to take a shower in dog food. Then the next time King Corbin tried it, The Usos ran in for the save. This was a great rescue for Jimmy and Jey. That didn’t fix the fact that they had to sit at home and watch their cousin get that first Ol’ Roy treatment.

Jimmy Uso couldn’t believe that King Corbin brought dog food into the situation as he told After The Bell. They couldn’t believe it was real. It was very real and you could tell on television.

“Corey, I’m sitting in my living room watching this go down, bruh, and I’m like, ‘Yo, is this real dog food?’ Yes, and if y’all got dogs, y’all know what dog food smell like, man it smell good and bad. You don’t want that all on your clothes, in your hair.”

The Usos said that Roman Reigns told them that his hair smelled like dog food for days. Corey Graves remarked that seeing Roman in the hallway after his dog food bath was the most miserable he’s ever seen The Big Dog.

Hopefully, with The Usos back in WWE, Roman Reigns won’t have to worry about any more Alpo situations.