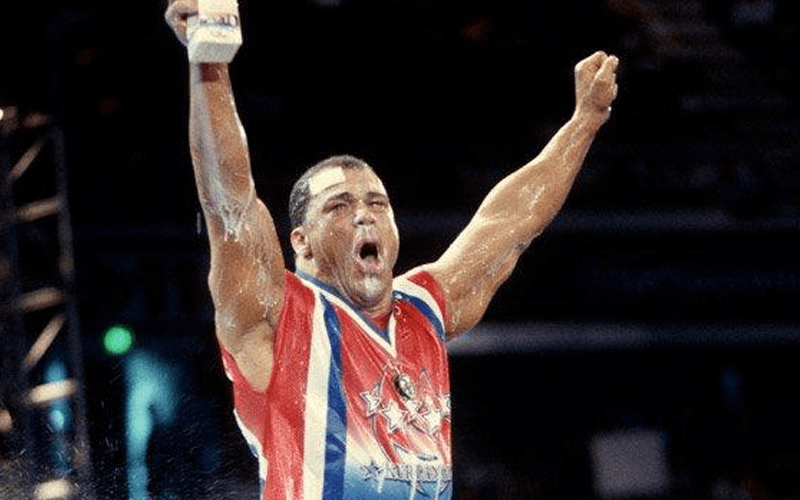 Kurt Angle made history as he ruined the Alliance’s night so many years ago. He hijacked a milk truck and while the milk he was shooting out of the hose was gimmicked, the milk cartons are not.

Angle bathed himself with plenty of milk that night. It was real milk and he didn’t think about the consequences when he got right on an airplane. Chis Van Vliet brought up this event for Angle as he remembered it fondly.

“That was my fault. I had just got done and had milk all over me and there was a red-eye flight in an hour and it was the only flight I could catch that night so I went soaking wet. I went and about three hours on the plane it smelled like sour milk. Everyone’s looking around like, ‘Who stinks?!’ It was great.”

“I had to throw the shoes out. It was funny. Anytime — if I could do it again I would to see the looks on those people’s faces on the plane, yeah.”

Kurt Angle was a part of many amazing moments both inside and outside the ring. He is famous for slapping on an ankle lock, spraying villains with milk, or just soaking in the “You Suck” chants.

Kurt Angle is a professional entertainer. This professionalism apparently did not apply when making sure he didn’t smell like spoiled milk on a plane.