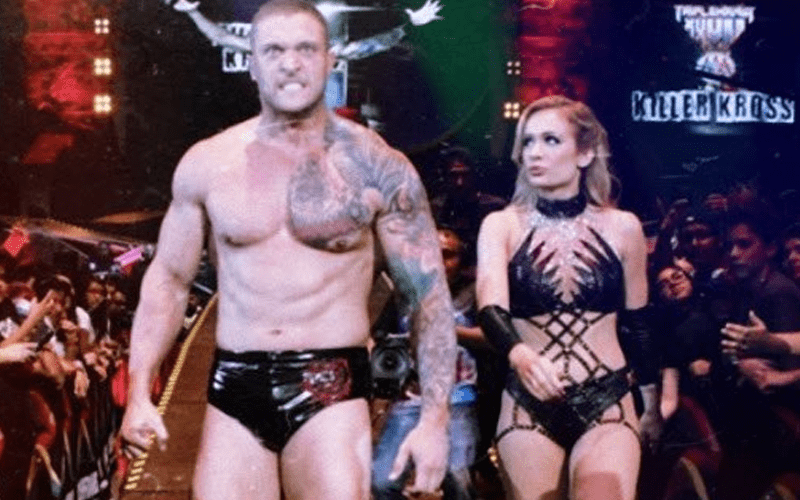 Killer Kross was recently released from his Impact Wrestling contract. This was months after he requested to be let go. Now he is a free agent and working shows for MLW and the indies.

A lot of fans can picture Kross coming to WWE. His real-life girlfriend Scarlett Bordeaux is currently at the WWE Performance Center and she has yet to wrestle on television.

Kross sent out a picture of the two from a AAA event. “#KillerSmokeShow” cross said in a caption. Then Bordeaux replied back saying:

I am the hand and he is the gun.

WWE was reportedly prepared to offer Killer Kross a great deal and an automatic spot on the main roster. We’ll have to see what 2020 has in store for Killer Kross, but business could pick up soon enough. Tick tock.