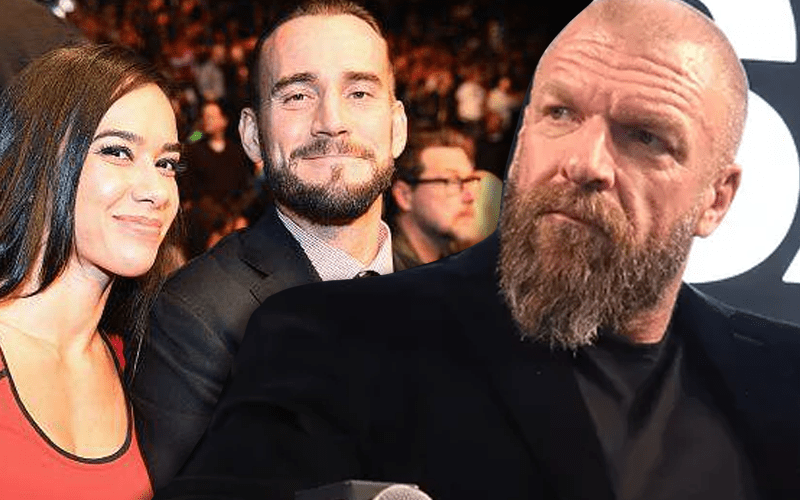 WWE fans miss having CM Punk and his wife AJ Lee around. It’s been a long time since they wrestled in a WWE ring, but time heals all wounds.

CM Punk is now on WWE Backstage which a lot of people see as a step in the right direction. Him telling The Miz to suck a blood money covered d*ck in Saudi Arabia might not present the best appearance in the situation.

During a recent interview with Sportskeeda, Triple H was asked about CM Punk and AJ Lee returning to the company. He didn’t say “no.” He also didn’t seem to give anything away by parroting the classic line “never say never.”

“In a perfect world? Yeah, sure. Again, you’ve heard Vince echo that sentiment so many times of the years, never say never!”

WWE is all about doing what’s best for business. AJ Lee and CM Punk could bring some good business if they return. Some fans might even return to the product after leaving after Punk and Lee’s exit. We’ll just have to see what’s next for them, but at this point they seem pretty happy with their current career decisions.