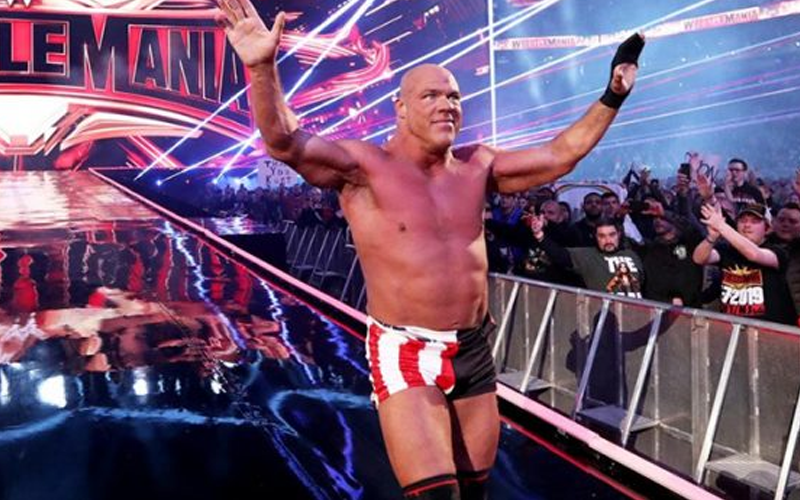 Kurt Angle’s final match was at WrestleMania last year against Baron Corbin. Now King Corbin can use retiring Kurt Angle to get a ton of heat. This is a match that some fans still groan at the thought of.

While speaking to Chris Van Vliet, Kurt Angle revealed that his original retirement plans were to hold off another year.

He wanted to face John Cena at WrestleMania this year. It couldn’t happen last year and he wanted to end his career because he could no longer perform at the same level that Kurt Angle believes he is capable of.

“Yeah, most likely [I would end my career] with John Cena, but I decided not to because I chose to — I wanted John last WrestleMania, but we already had a storyline going with Baron Corbin and myself.”

“Vince said, ‘If you’re gonna retire you’re gonna finish with Baron Corbin if you don’t mind because you guys have a great storyline’ and Vince was right. I said, ‘Okay I’ll wrestle Baron and it’ll be my last match and that’s it.”

John Cena will reportedly be around WrestleMania this year. He wants a substantial role as well. If he would have been available for more than just a Dr Of Thuganomics bit at last year’s WrestleMania then things might have been very different for the conclusion of Kurt Angle’s career..