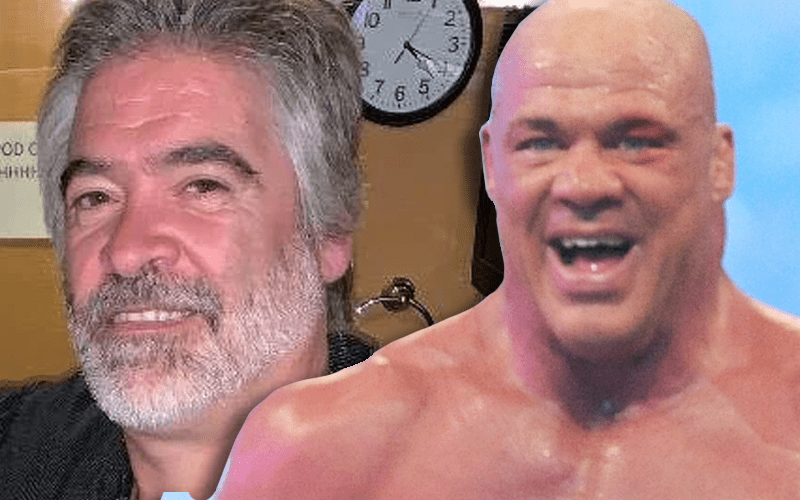 Few people have a stigma on them like Vince Russo. The mention of his name can make some fans out-right reject anything they hear next just out of impulse. Some have their reasons for not being a fan of Russo, but Kurt Angle loved him.

While speaking to Chris Van Vliet, Kurt Angle was asked if he was able to do different things creatively in TNA. Angle took this opportunity to put Vince Russo over.

“We got to do a lot of out own stuff, but we had a good writer. A lot of people want to pick on Vince Russo — I loved him. I thought he was really good at his writing. I think the problem was there were a lot of talent who didn’t want to do what he wrote. So, when it came down to TV time nothing really meshed together because you have talent saying, ‘I’m not doing that, I’m gonna do this.’ All of a sudden the story turned into something different or it phases out, it doesn’t really work.”

“So, Vince was always — Vince Russo was always on top of stuff, he was writing. I did everything that he wanted me to do. I trusted him that much. Unfortunately, I didn’t get to work with him in WWE. He just left before I debuted, but Vince [Russo] was a great writer. I had a great writer in WWE — Brian Gewirtz — I was very blessed to have those guys.”

Vince Russo’s name stirs up a lot of different memories for fans. Some only remember the bad angles and a few remember his work on WWE and RAW Magazine. Others don’t have any memories and only believe the legends that they’re told.

Bro, Kurt Angle didn’t have a problem with Russo or he would have said something. Years later and Russo has yet to make a WWE return nor has he received a response from AEW when he’s only trying to help, bro.