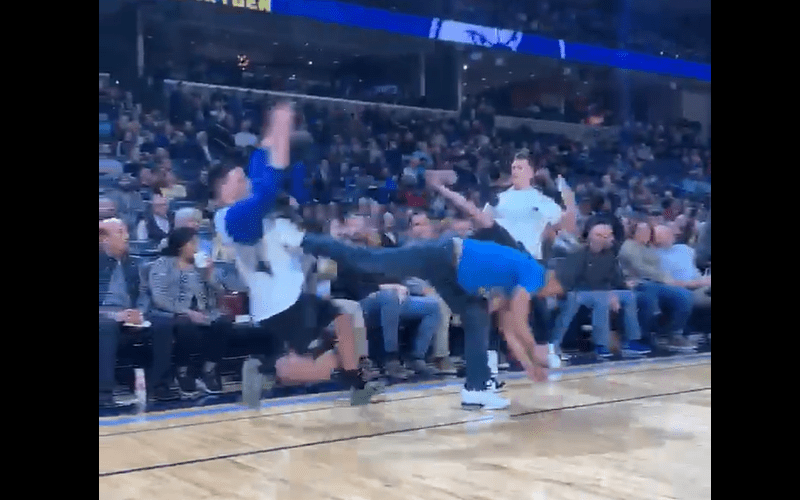 AEW is coming to Memphis this week for Dynamite. They have announced many legends who they will pay tribute to. They still need to get into the local market and promote the show.

The Young Bucks showed up at the Memphis Grizzlies game tonight and as you can see, things escalated quickly. The Jacksons threw some Superkicks and everyone had a good time.

The company put out a video of the incident while asking “Would this be considered a foul?” We don’t know much about the rules of basketball here at Ringside News, but we’re guessing kicking your opponent in the face during a basketball game is a foul.

Hopefully, this will help bring in more fans to the dynamite taping this week. Dave Meltzer reported one of the main reasons why All Elite Wrestling booked local legends in Memphis was to bring in more fans due to struggling ticket sales.