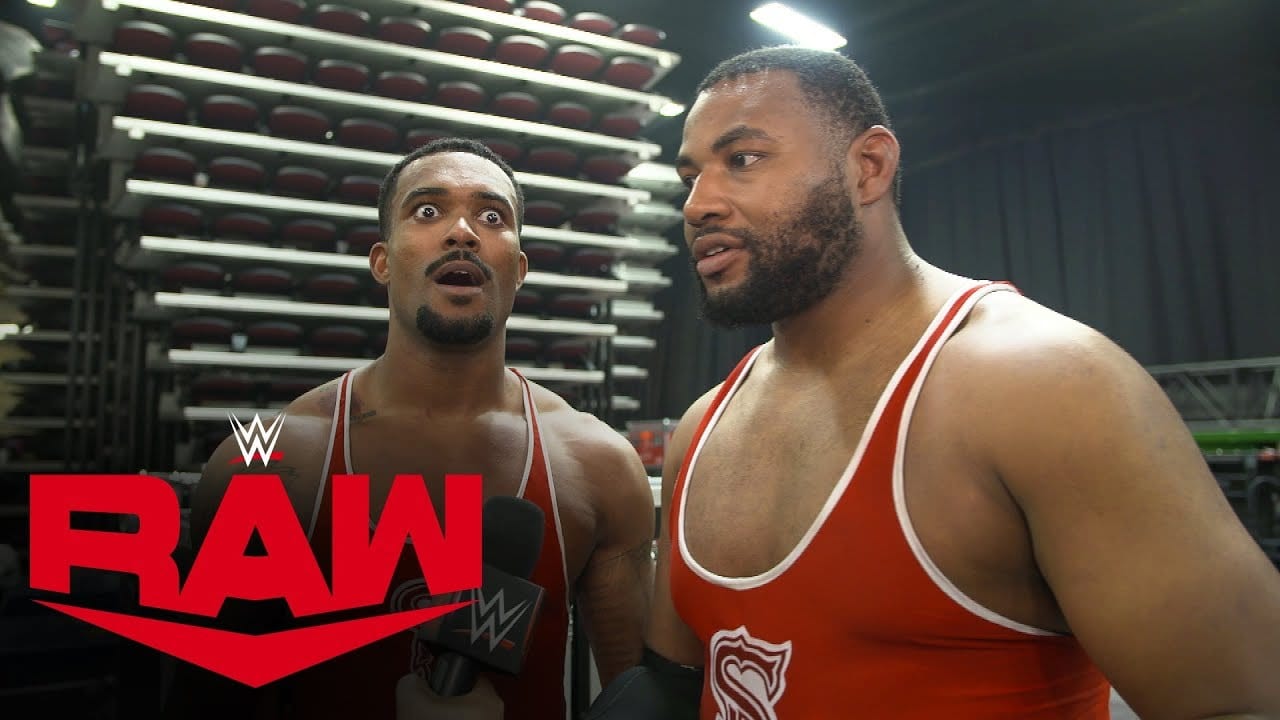 The RAW Tag Team Championship match on last night’s episode of RAW was certainly entertaining, but in the end, neither The OC nor The Street Profits were able to wrestle the belts away from The Viking Raiders.

We’re going to see an interesting road to get to WrestleMania to say the least, with many fans already fearing that the tag titles are going to be put to one side in favour of the Andre The Giant Memorial Battle Royal again.

Nonetheless, the Street Profits aren’t about to let one loss get them down – and instead, they’re choosing to focus on the future and their continued pursuit of the titles.

There’s a chance they could be afforded another opportunity once the Rumble rolls around in a few weeks time, but nothing is certain in this game and the Street Profits know that better than anyone after their slow yet steady rise up through the ranks of NXT in the last few years.

They definitely belong on the main roster and that much is evident, but we’d like to see a bit more character work being put forward so that we can really start to see and understand them as a team.

It’s quite rare to see a team of any kind get insanely over with the crowd, with factions like The New Day and The Shield serving as exceptions to that – but it’s always easier to get to such a point with a third member. That’s not what SP needs, but they do still require some work.