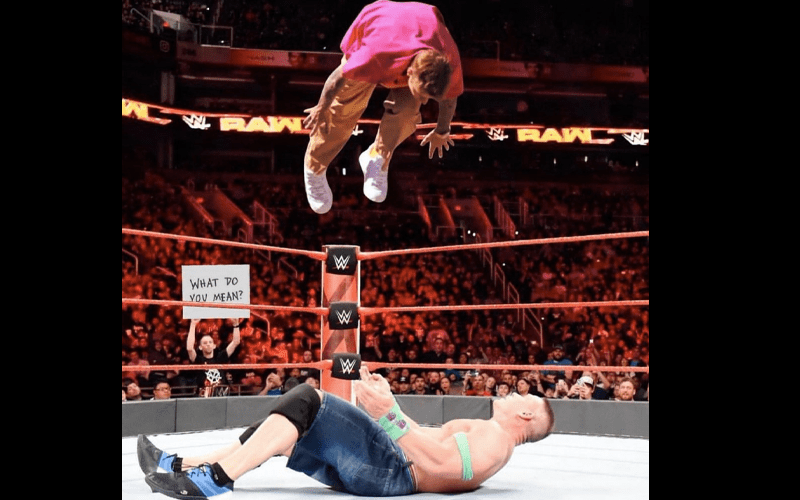 Justin Bieber is back with a new single called “Yummy” and John Cena is apparently a fan. Bieber posted a meme showing a Photoshopped fall made to appear like a WWE spot. This also caught Cena’s attention.

John Cena saw that Justin Bieber posted a photo on social media that showed the singer falling from a recent unicycle accident. This fall was edited to make it appear like he was jumping onto John Cena in a top rope dive in the ring.

It didn’t take Cena long to figure out a great reply to play along with this post from Justin Bieber.

There is a lesson to be learned in every failure (unicycles included!!). The lesson here may be U didn’t C ME! Congratulations on the new single! @JustinBieber

John Cena has a lot of friends in the sports and entertainment world. His goal is to bridge both of those worlds even further. Justin Bieber was actually in talks at one point in 2014 to do something at SummerSlam. After the unicycle accident at least we know Biebs can take a bump.