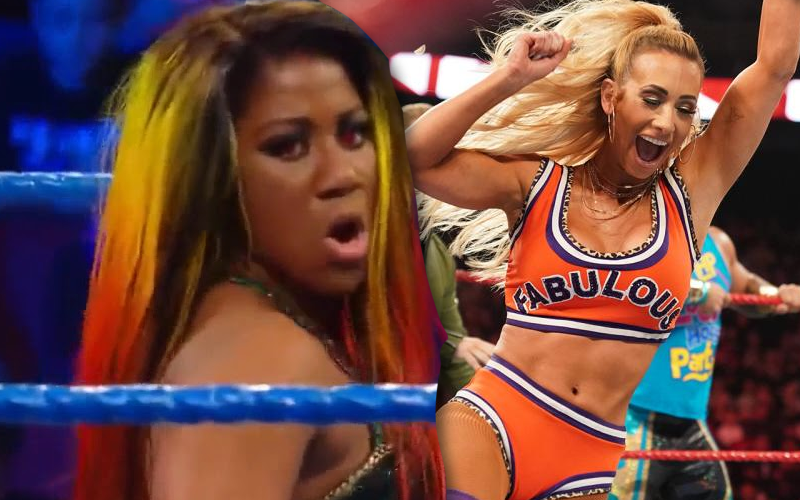 Ember Moon won’t be wrestling for a while. This is unfortunate and she reveled the extent of her injury on WWE Backstage recently. What she didn’t reveal is how she got injured.

While speaking to Booker T’s radio show, Ember Moon revealed that she tore her Achilles while chasing the WWE 24/7 Title backstage. She was running in a pack of women during Carmella’s short title reign when the injury occurred.

Moon was told to chase Carmella backstage along with others. She also admitted that when she was told to do this she had a bad feeling about it. Then once she started running she felt a pop and her Achilles was torn.

This is a real shame, especially considering how she suffered her injury. It just goes to show that you never know what can cause an injury.