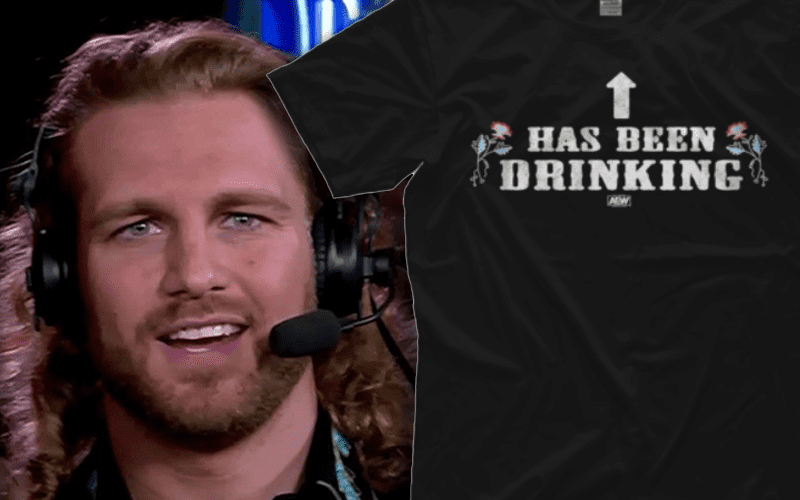 AEW likes to have a lot of fun. Cody Rhodes said that their focus is fun and this new merch shows it.

Hangman Page showed up on AEW Dynamite last week with a beer in his hand. It said “Has been drinking” over his name when they showed a graphic on the screen as well.

Now AEW has released a new Hangman Page shirt that might be popular with people who just like to drink. A t-shirt that says “Has been drinking” with an arrow pointing up is now for sale on AEW’s official store.

“Come on, you gotta be kidding me,” Page tweeted out along with an image of his new merchandise. He won’t think it’s a joking matter when those merchandise royalties come in.