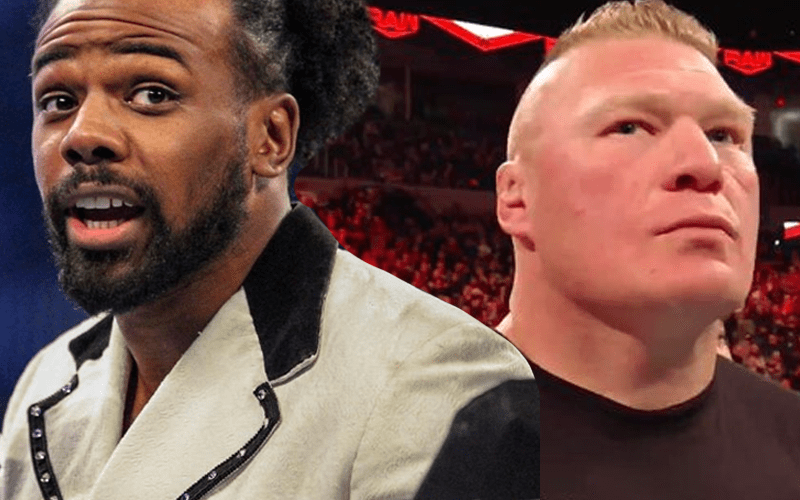 Brock Lesnar will be the #1 entry in the 2020 Men’s Royal Rumble match. This was an unprecedented announcement from Paul Heyman, but Xavier Woods has some questions.

Woods tweeted out during the Rey Mysterio & Andrade United States Title match. He commented that the contest was great. Then he addressed Brock Lesnar in the Royal Rumble match.

Y’all I’m late to the show. First off all this match is dope. Second I just heard them say Brock is in the rumble. He’s still champ right? So if he wins then does he get a bye at mania? Update ya mans pls

If Brock Lesnar wins, does he not have to compete at WrestleMania? Also, could Lesnar challenge The Fiend and become a double champion in WWE.