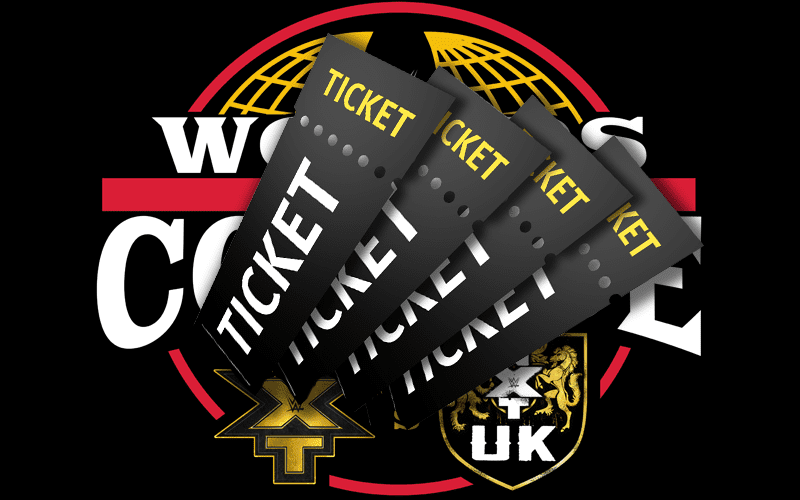 WWE will not be having a TakeOver event in Houston before the Royal Rumble. Instead, NXT TakeOver: Portland will take place weeks later separate from the Royal Rumble pay-per-view

The company is not selling tickets for Worlds Collide through Ticket Master. They are moving tickets through the AXS website. As you can see below you can purchase blocks of 8 tickets in a row in every section of the venue except for one.

Brad Shepard provided more insight into this situation. As it stands they’ll be happy with 6,000 tickets sold in a venue with a capacity of 18,300.

According to a source in #WWE, the #NXT and #NXTUK Worlds Collide show in Houston on January 25th is really struggling to sell tickets. WWE has an internal goal of selling 6K tickets, which would be about half of the house. I’m told they’ve sold under 3K tickets to date.

3,000 tickets is certainly not what WWE had in mind when they booked a Worlds Collide event. Perhaps an NXT TakeOver special would have drawn a larger crowd. The company is far from sold out for the actual Royal Rumble event as well.