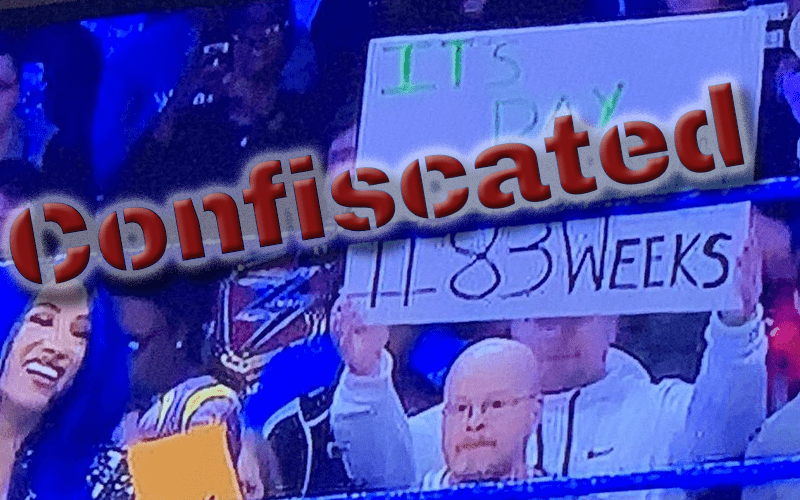 WWE wants to make sure that they present a certain image on television. If they see a sign that they don’t like then it has to go.

One fan was able to sneak in a sign that said #83Weeks on it. This sign did not have Eric Bischoff’s name on it at all. It only included #83Weeks which is the name of Bischoff’s podcast and it is how many weeks WCW beat WWE in the ratings during the Monday Night Wars.

This fan was able to get his sign on television before WWE took it. When asked if he was serious, this fan provided more details. Another sign promoting a local Memphis indie company was also taken.

WWE has a lot of people watching their shows and they don’t want to provide free advertising for anyone. Apparently, even mentioning projects that Eric Bischoff is involved with is off the table.