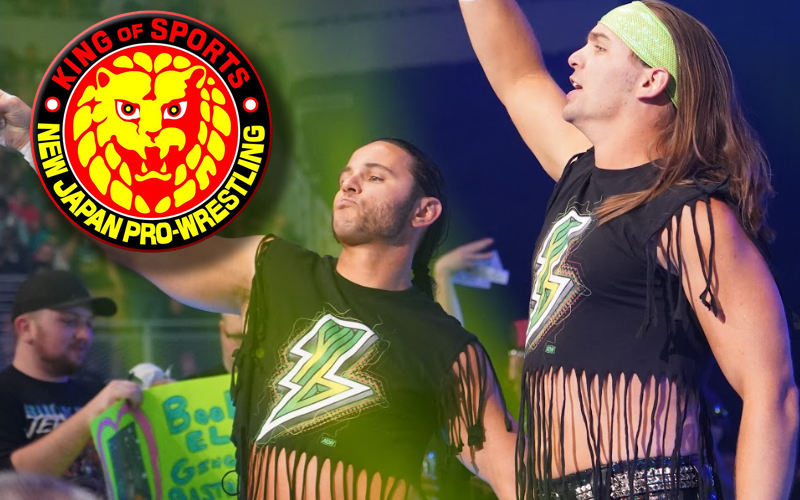 All Elite Wrestling’s World Title appeared at Wrestle Kingdom 14. That does not mean there is any kind of arrangement between the two companies.

The Young Bucks are Executive Vice Presidents of AEW. Chris Jericho introduced the idea of NJPW stars coming to AEW to face Le Champion and that was all his doing.

Tony Khan did okay the angle according to Dave Meltzer. While The Young Bucks spoke to ESPN, Nick Jackson revealed that the “forbidden door” between AEW and NJPW was never open to begin with.

“Yeah that was just a rumor, nothings happening. I think he (Chris Jericho) just did that to get the internet to talk a little bit more about the situation. But the door has not opened up at all.”

“We wish them luck in what they are doing because like Matt said with NXT, a lot of our friends work in New Japan. Most of them are our friends. We have friends everywhere in the wrestling world. If something came along then we would be open, but nothing is happening right now.”

A lot of fans made predictions that AEW and NJPW will have a working agreement before 2020 comes to a close. It doesn’t seem like that’s likely from the sound of things.