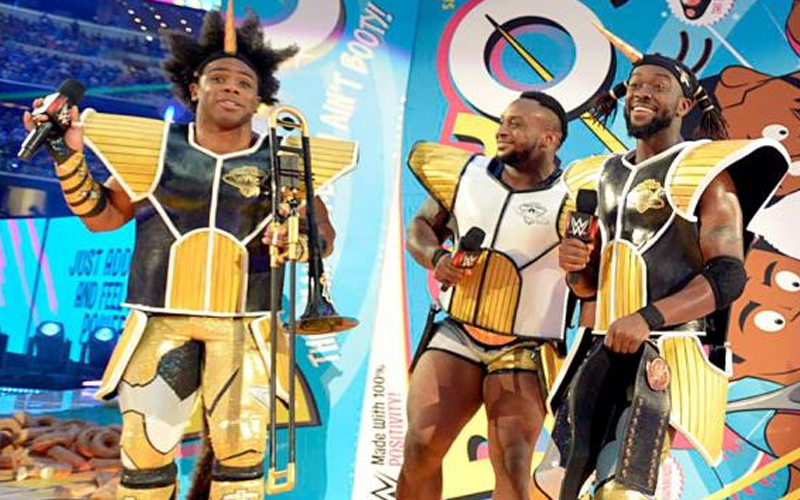 The New Day have outlasted many stables in WWE including the short-lived League Of Nations. The two factions had a WrestleMania 32 match, but it did not live up to their expectations.

During The New Day: Feel The Power, they discussed how their WrestleMania 32 match came with some backstage tension.

Kofi Kingston noted that it felt like the League Of Nations was out for themselves in the match. The New Day is a team and don’t work like that. In the end, WWE didn’t air their post-match interview either as it contained some complains about their performance.

“Did they [WWE] air what we said? I feel like they didn’t air the grievance that we had with the match. In a lot of ways that dynamic, where it was like the two polar opposites, right? Because we are three guys who are always totally for the group – the better that one of us is, the better that all of us is – and them, it was more the mentality of, ‘I don’t want to be here, I’m in this for myself, how can I [help myself]?’”

That match started as the New Day emerged out of a huge box of Booty-O’s. The match that followed didn’t work out as they planned, but the team certainly survived past that lackluster WrestleMania match.