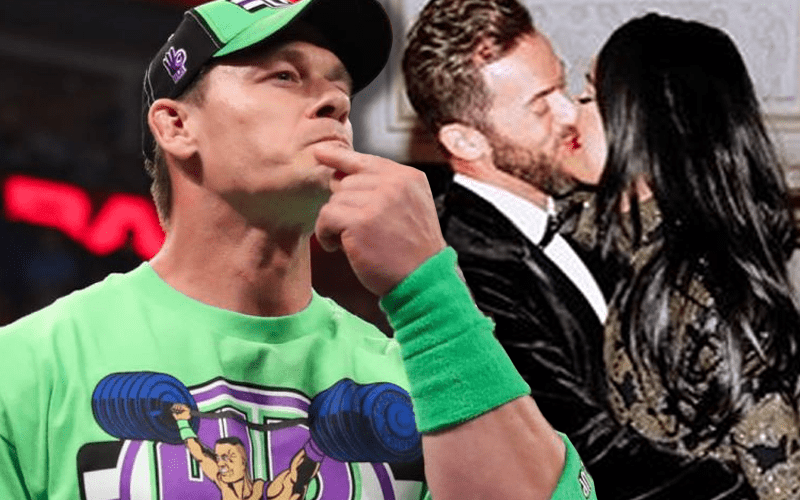 Nikki Bella and John Cena came very close to tying the knot. Then they called things off after making a lot of plans for a Mexican wedding. That was a while ago and everyone has moved on.

Now Bella is engaged to be married once again. John Cena also has a new girlfriend and everyone seems to be doing well. Hollywood Life reports that a source has confirmed to them that Cena is very happy for the newly engaged couple.

“He is very happy that she has found someone that treats her so amazingly well. Nikki was an extremely important part of John’s life so it does remind him of what they had and he is also reminded of his proposal to her at WrestleMania a few years ago but he also has thought that they have both grown from their relationship and they both have moved on.”

Cena is now with Shay Shariatzadeh who he met while shooting Playing With Fire in Canada. Nikki Bella had previously stated in interviews that she told Cena about any date she went on, but he was not as candid.

Another insider for Hollywood Life added that Cena and Bella are “on great terms” and “he wants nothing but the best for her.”

It’s always nice when exes can get along.