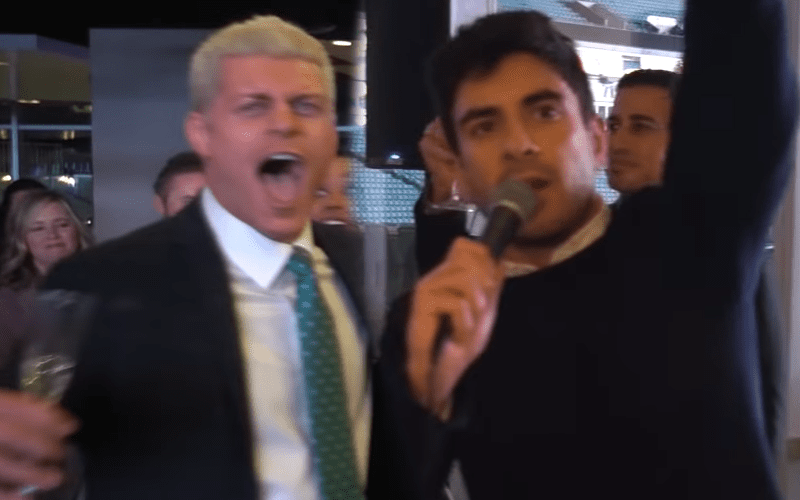 AEW already kicked off 2020 with a Dynamite from Jacksonville Florida. They held a big New Year’s Eve party the night before the first Dynamite at Daily’s Place. This week’s Being The Elite included footage from that event.

Super Humman kicked off BTE this week with one of his signature stunts. Since there was no barbed wire or a microwave around he just went through a table.

Then they showed footage of The Elite checking out the Jacksonville Jaguars’ stadium. They have some very big HD screens which they said are the biggest on earth.

AEW stars were then shown on the Jaguars field where Orange Cassidy got some practice with the tackling dummies. Other highlights from the episode includes outtakes from a Jurassic Express promo, Leva Bates being a very helpful librarian, and they teased an intergender tag team match between Kip Sabian & Penelope Ford against Kenny Omega & Riho.

Hangman Page was also featured in a very intoxicated state where he had a scene with Private Party. The Dark Order closed out the episode with one of their creepy promos.