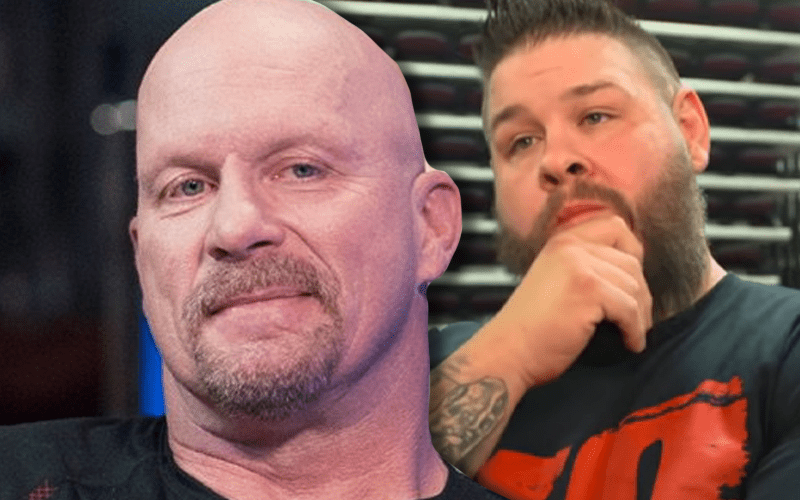 Kevin Owens is very comfortable in the pro wrestling ring. What makes him an even more valuable entertainer is his ability to capture fans’ attention on the microphone as well.

Reality of Wrestling recently spoke to Kevin Owens where he revealed where he learned how to be so comfortable on the microphone. He received a great piece of advice from “Stone Cold” Steve Austin himself: “keep running your mouth.” This is something Owens took to heart.

“I can’t tell you where I picked it up but in 2005 I met Stone Cold Steve Austin at an airport in Dallas [with Sami Zayn waiting on a connecting flight].…I’m like, ‘Hey, before you go. Do you have one piece of advice for us?’ He looked at us and said, ‘Just run your mouth. Whatever you do, don’t stop running your mouth.'”

“Man, that really hit home with me as I was already a guy who talked smack during matches. But from that point on, I went into overdrive and it’s become a big part of my persona. That’s something people look forward to and I don’t know why, but I can’t seem to shut up. But obviously, that is something people like to see from me.”

The fact that Kevin Owens is now using the stunner as his finishing move makes this story so much better. It’s wild how things can come full circle at times. Even something as simple as receiving some valuable advice at an airport can someday result in a character transformation years later.