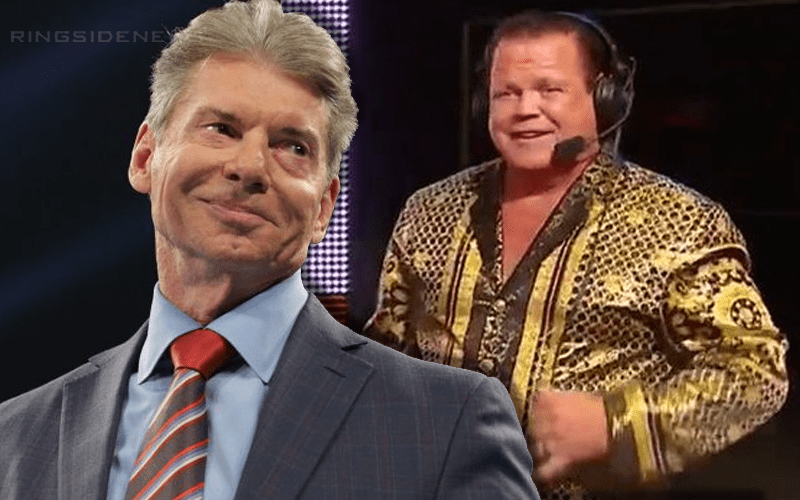 Vince McMahon doesn’t miss WWE RAW very often. It appeared that he was going to be absent last week, but he made it back to the Hartford venue just in time for the episode to start.

On The Jerry Lawler Show, The King discussed the final RAW of 2019. Vince McMahon wasn’t present during the day. They thought that The Chairman Of The Board wasn’t showing up. Then at about 5:30 PM they received word that McMahon was coming back. This caused them to do some quick rearranging backstage so McMahon didn’t know that they re-purposed his office area.

“Here’s something that a lot of people don’t realize, too. I’ll give this little bit of backstage info about this. This thing was so good, it was gonna be so highly anticipated by everybody backstage especially. Vince had some really important meetings — he doesn’t do this often, but lately, I think with the upcoming XFL about to start and all that sort of stuff, Vince has been torn in so many different directions. And he’s missed several Raws, and he’s missed several SmackDowns, in the past few weeks. And he actually left Hartford, CT at 2:00 in the afternoon, and everybody thought he was gone. Vince has his own office there, and he told everybody he had to leave at 2:00. He left, the limousines took him out.”

“We even went from the Talent Relations, I dress in the Talent Relations office with Mark Carrano and those guys. And so we moved the Talent Relations office into Vince’s office. So we moved all our stuff over into his bigger, nicer office, where we had more room and we’re all sitting there. And about — I don’t know, about 5:30 or so, somebody comes in and says, ‘Hey, Vince is on his way back, he doesn’t want to miss the wedding!’ So, he came all the [way back], and all of a sudden we’re in the back. We’re grabbing up all of our stuff. We had to put his office back together, so he wouldn’t know that we’d stolen his office from him. And so — but yeah, Vince came back just to make sure he was there for the wedding. So, it was great.”

Vince McMahon’s backstage pull in WWE is unparalleled. There is a reason for this because the company belongs to him. This story can show that WWE has the ability to carry on without Vince McMahon physically being there. As soon as word gets out that he’s on his way back then accommodations must be immediately made.