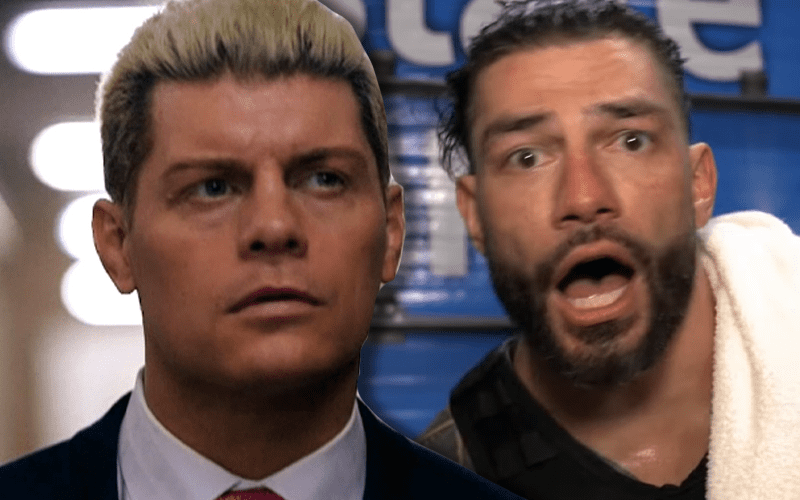 Cody Rhodes has heard everyone’s opinions about AEW. It doesn’t seem to be changing anything the young pro wrestling company is doing.

Roman Reigns is a WWE guy and will likely remain that way for the rest of his career. He commented saying that it would be generous to consider AEW as WWE’s competition. To comment on this opinion, Cody Rhodes spoke to Sport1 where he provided his own take on The Big Dog’s assessment.

“To Roman’s point: He is very, very smart, he has WrestleMania main event under his belt, he has incredible talent. I think at the time, a lot of people were … I don’t wanna say naive. People are turning away from it, but there’s no turning away now. WWE’s on a 49 year head start and I tip my hat for that. But what we’re doing is to build upon what fans have been talking about for 20 years, what they want from a wrestling product and what perhaps wasn’t delivered to them. We want to be the alternative. If that means stepping into competition: So be it. It’s better to have competition, for me, for Roman, for everybody.”

Dustin Rhodes recently commented saying that he doesn’t consider WWE NXT as AEW’s competition, but he had a much different reasoning for this mindset. Roman Reigns has his reasons for stating his opinion on the matter. That won’t stop AEW fans from tuning in every Wednesday to see what Dynamite brings to TNT.