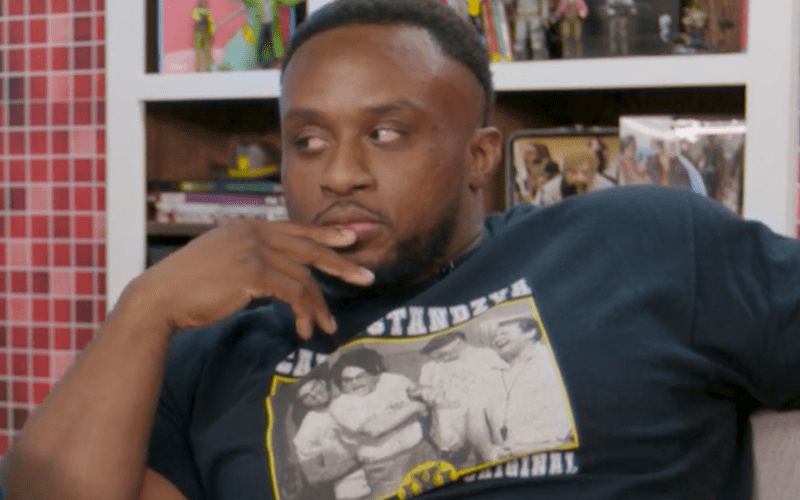 The New Day get to take several liberties on WWE television. They have earned that right and the trust of the company. They are still handed a script like everyone else. They just aren’t held to the same restraints as others.

During New Day: Feel The Power, Big E discussed the freedom that WWE gives the to do their own thing. They have a lot of fun with their creative process and luckily don’t have to read the “trash” given to them 100% of the time.

“Getting the reins off of us helped a lot. We have more creative control. That’s one of the things I’m thankful for. We don’t write our own promos, but we are given promos and oftentimes we are able to say ‘we don’t really care for this, so we’re not going to say that.’ So, we huddle in a room for an hour and come up with what we want to say. Our creative process is so fun and easy and organic. I don’t like when we have a writer. There’s three of us and we’ll have a writer in the room, just lingering. It’s always easier for the three of us to go into a room, sequestered, and just hash things out. We start popping ourselves and getting on a roll to make things more creative and more us. I don’t want to take shots at anyone, but if we read what was given to us on a regular basis….trash.”

“There are certain situations where, if you have someone writing for you that doesn’t have similar life experiences or sense of humor, it’s harder for them to write in your voice. That’s something we ran into.”

The New Day might be able to avoid reciting bad lines of dialogue, but most aren’t so lucky. WWE has a lot of things that they need to work on and writing that isn’t organic and doesn’t flow is certainly a problem.

Perhaps WWE can start giving more Superstars an opportunity to express who they really are through a collaborative effort instead of the lines just being handed to them.