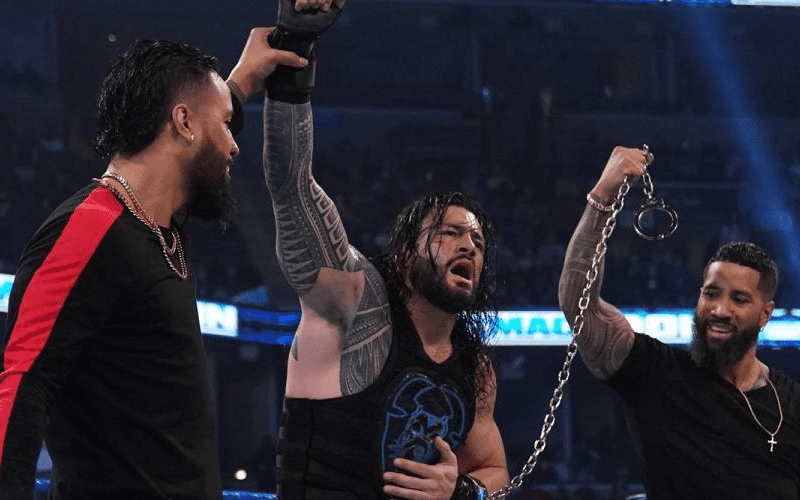 The Usos are back on WWE television. They arrived just in time to help save Roman Reigns from King Corbin during the closing moments of SmackDown. Now Jimmy and Jey have turned the blue brand into the Uso Penitentiary once again.

Following SmackDown, The Usos and Roman Reigns were all smiles. The Usos are obviously happy to be back and off of their extended break from the road and television.

They said that they “got things right, got on track” not they’re saving their cousin The Big Dog Roman Reigns. They’re also going to make sure that Roman Reigns never eats dog food again.

Roman Reigns said that they’re second-cousins, but more like brothers. So, having family on the road is really going to help him. Now he doesn’t have to be alone.