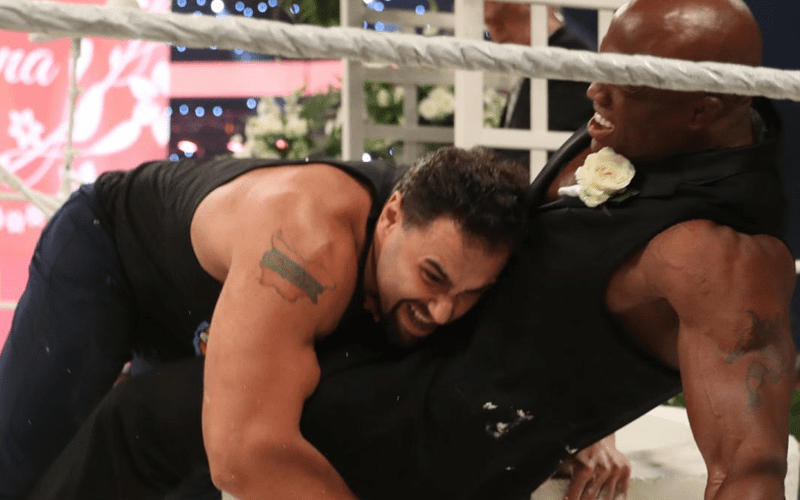 Rusev didn’t have to do much during the wedding of Lana and Bobby Lashley except for wait for the perfect moment to jump up as he hid in an oversized cake. He is still happy with how things turned out even if some fans weren’t as pleased.

While speaking to the Jerry Lawler Show, Rusev revealed some details about Lana’s history with Liv Morgan. He also opened up about what he thought when so many people started throwing shade at the final segment of 2019.

“People hate it. People love it. But the power of social media … now it’s almost like, ‘I wanna be a cool guy and cheer against WWE.’ You can put the greatest segment in history, but there will be this 3% of people that are going to go ahead and bash it. And hey, you have your right. Go ahead and express it. I’m not gonna judge you for it.”

“There’s some people that want to see 3 hours of powerbombs. And hey, kudos to you. If that’s what you’re into, go ahead and find what works for you. But we are a broad company, we are entertainment. It’s not about powerbombs. It’s not about armdrags. It’s about entertaining millions and millions of people week in and week out.”

Pro wrestling is for everyone. Some fans might not love every segment, but that is why WWE caters to different fans. The wedding of Bobby Lashley and Lana obviously drew enough attention online for WWE to consider it an overall win.