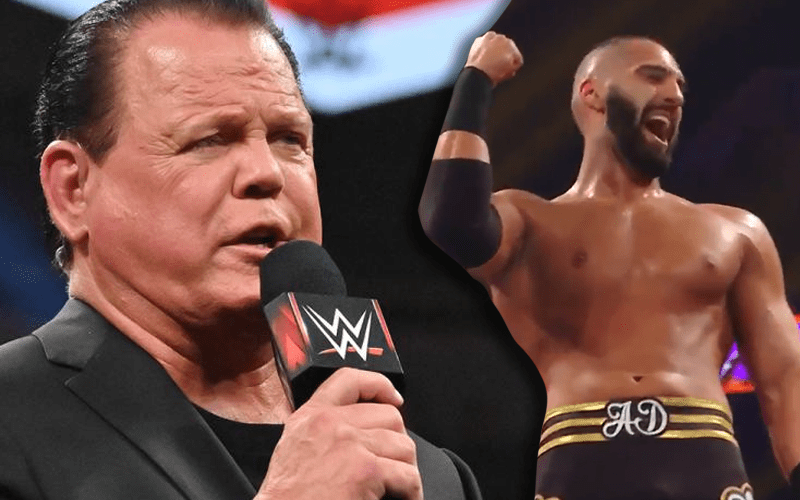 Jerry Lawler didn’t work Friday Night SmackDown since he’s on RAW’s commentary team. He did pay attention during 205 Live after SmackDown was over and he saw something very familiar.

Ariya Daivari was wrestling Danny Burch last night on 205 Live. Since Daivari is a heel and he was in Memphis, he took a little shot at The King.

Daivari recreated Jerry Lawler’s famous fist dropping spot complete with simulating taking the shoulder straps down from his invisible singlet. Then Burch caught him with a boot just like a babyface is supposed to do.

Lawler saw this spot and he wasn’t disgusted like it was implied on 205 Live commentary. Instead, he responded saying: “Imitation is the sincerest form of flattery!”

Jerry “The King” Lawler obviously appreciated seeing this move. It has to be cool knowing that a spot like that is instantly remembered as his. He also realized that doing a spot like that in Memphis and the pop from the crowd that followed means that everyone else knew whose move that really was.