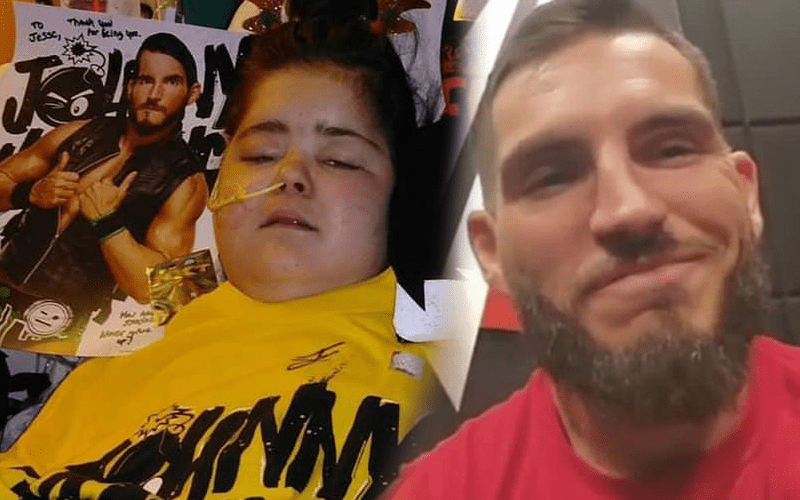 Johnny Gargano has a lot of fans, but one very special young fan named Jessie recently got a great surprise.

Jessie is sick and in the ICU. Her nurse reached out to Johnny Wrestling and told him Jessie’s story. Gargano recorded a video for her and had WWE’s merch team send her a care package.

Johnny Gargano didn’t put this information out there. Then he saw that a local FOX News station and WWE shared it. So, he wanted to give his take on this story.

Now that @fox6now, @childrenswi, @WWE and Jessie’s family have talked about it.. I can share this.

I posted this story over on Instagram.. but I believe there’s a message in here that we can all benefit from.

I’m blessed to be in a position where I can brighten someone’s day with a small gesture..

I saw Jessie’s story and a video of her holding my action figure and wanted to do whatever I could to make that little girl smile.

Thank YOU for letting me be a part of your life, Jessie.

You can check out Gargano’s story below as well as Jessie’s reaction to his video. Johnny Gargano really sees himself as a very lucky guy from Cleveland.