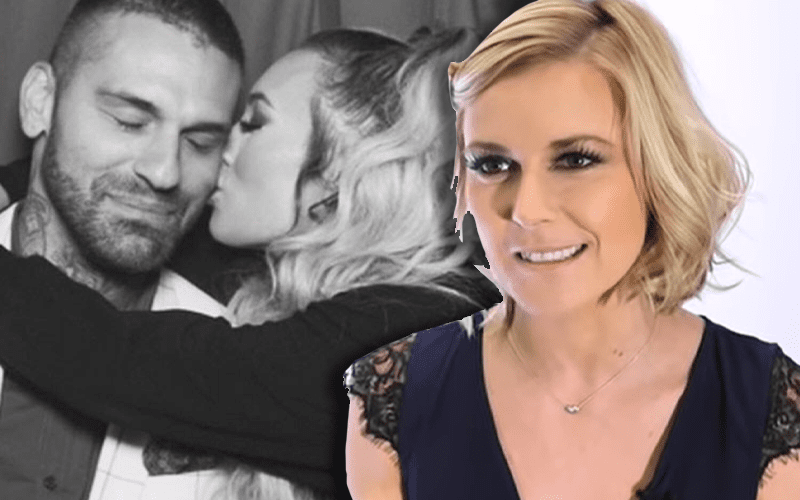 Carmella and Corey Graves share a lot of things. There is one part of Graves life that he won’t share with Mella and he believes that should be kept away from her.

During After The Bell, Renee Young teased Corey Graves by revealing that he “hates fart sounds, like he has no tolerance for it at all.” Graves confirmed that this is true.

“Zero tolerance whatsoever, it grosses me out,” the Savior Of Misbehavior replied.

Then Renee Young asked the big question: “Have you farted in front of Carmella?” Graves said “I have not.” He also went on to further explain his position.

“Listen, I mean why? I’m not a fan of it. It grosses me out. There’s other rooms available. You can go to the bathroom. You can take care of your business. You can go… I mean. I just don’t like it. I’m not gonna say it’s never going to happen, because, you know, life happens, but if I’m aware that it’s gonna go down, leave the room.”

Renee Young just laughed about this mindset of Graves before saying: “Well, my husband did not heed that advice ever. So, I guess good for you guys.”

Graves later joked that not farting in front of Carmella is his “best attribute of being a boyfriend.”

It’s interesting what you can pick up from someone if you give them their own podcast. Without Corey Graves’ having his own audio platform like this we would never realize his aversion to breaking wind.