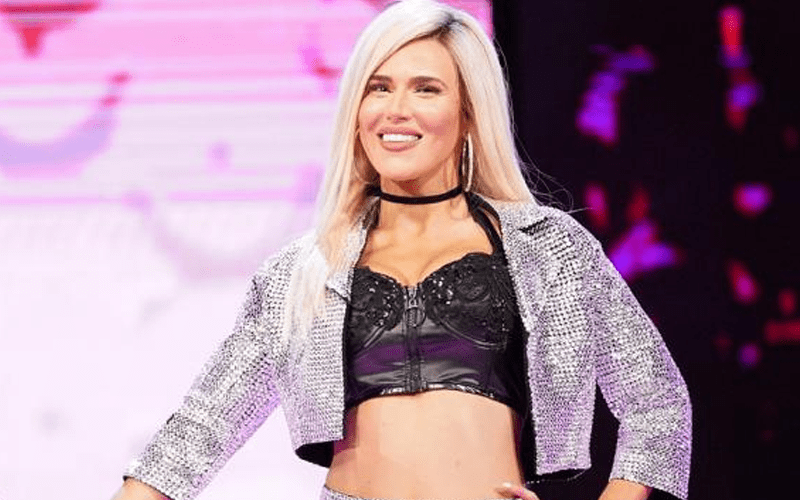 Lana and Liv Morgan had a bit of a brawl to close out the final segment of 2019. Now it looks like the Ravishing Russian is preparing for her return to the ring.

While speaking to TV Insider, Lana revealed that she has plans of returning to the ring this year. She has plenty of goals and plans on achieving them. That includes another run in the ring.

“This year is [all about] clarity of vision. I’m super excited about 2020. Last year, around April or May, I wrote down 100 dreams, wild dreams. I then wrote down 10 goals that I wanted to achieve in the next 12-18 months. What I cannot emphasize enough as we are coming into the new year is for people to write down their goals they want to achieve and wildest dreams they want to achieve in their life and keep that in front of them. I would say 80 percent of those goals have happened. One of those goals was to live my best life. I was able to go skydiving in Dubai, going to fashion weeks like New York, Paris and Arab fashion weeks.”

“The crazy thing was returning to TV and Bobby, it was for the season premiere of Monday Night Raw. That was one of the things in my 10 goals is to be something on Raw or SmackDown and impacting people and giving people something to talk about. To see that, literally my wildest dreams come true, it’s mind-blowing. I’m so thankful. I’m making my goals and dreams for the next year, and the sky’s the limit. Yes, I will be getting back in the ring. Anything can happen, it’s WWE. I’d love to be champion — why not?”

Lana tried to wrestle in the 2019 Women’s Royal Rumble match, but it wasn’t meant to be. She suffered a kayfabe injury during the kickoff show that carried on to the Royal Rumble match. Becky Lynch wrestled in Lana’s place and the rest is history. Perhaps Lana will get more of a chance to compete in 2020 with a renewed spotlight on her character.