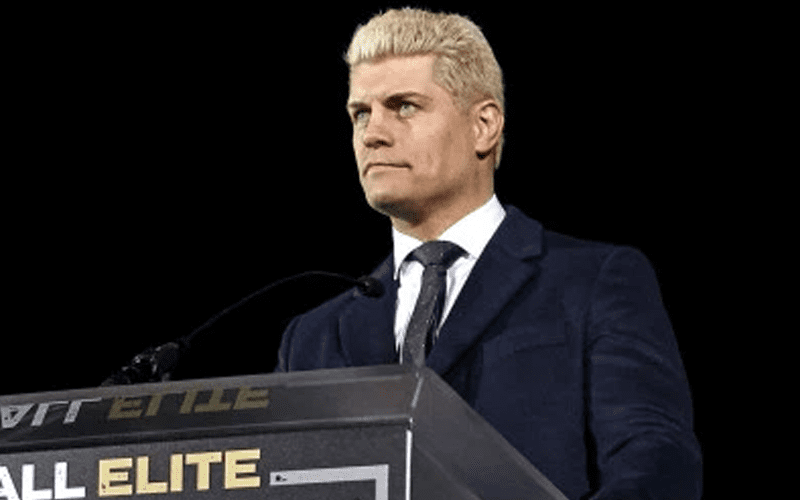 AEW kicked off 2020 with a show at Daily’s Place in Jacksonville, Florida. As they begin their first full year in operation, AEW can look back and see what they’ve already done a lot.

While speaking to Yahoo Sports, Cody Rhodes revealed that he would give an A grade. He wouldn’t go higher than an A because there is definitely room for improvement.

“I think if A+ is the top rating and we’re going off just the American standard, I think I would give myself an A rating. I wouldn’t go higher because there’s definitely been some things that I have learned in regards to this.”

“Just so that my rating doesn’t seem braggadocious or arrogant, the reason that I am so confident and optimistic about AEW is because of the fans. It beams across the television set, but if you come to one of these shows, these fans are nuts — in the best of way nuts. It’s a dream come true for a wrestler.”

Cody Rhodes is very confident in the future of All Elite Wrestling. He needs to be as they carry on into 2020 living their dreams while running a major pro wrestling company.