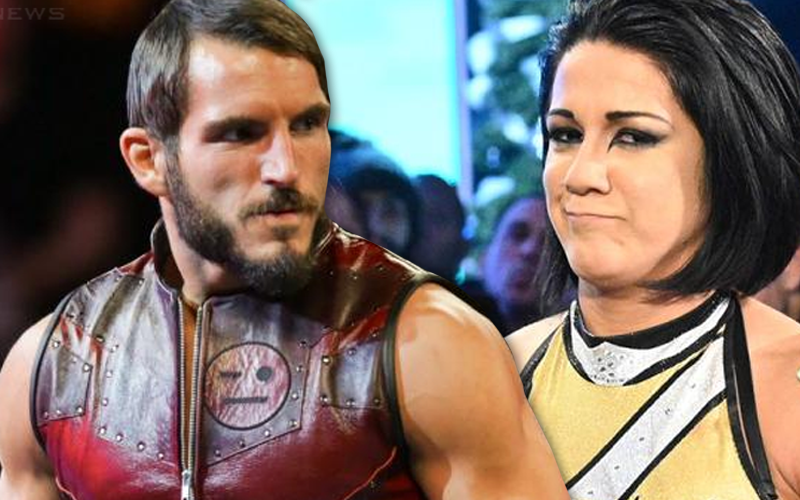 WWE gave out their NXT Year End Awards last night. Johnny Gargano was very happy to win match of the year with Adam Cole. Bayley has won that award before and she doesn’t want Gargano to forget it.

Johnny Wrestling tweeted out that since he’s won three of those awards it “also means.. I’ve been involved in the WWE NXT Match of the Year 3 times out of the past 4 years.”

Bayley tweeted a picture to Gargano of herself and Sasha Banks with their own Match Of The Year Awards. She said that Gargano didn’t stand a chance with them around.

Johnny Gargano reminded Bayley that he signed with WWE in 2016 so he wasn’t even around when she was winning that award. Then he proposed that they settle things on a Wednesday night. He included a picture of himself with Candice LeRae along with one of Bayley and Finn Balor.

Johnny Gargano and Candice LeRae vs Finn Balor and Bayley could certainly be something to entice a viewership. Let’s see if this gets worked into the storyline somehow or whether it’s just online banter.