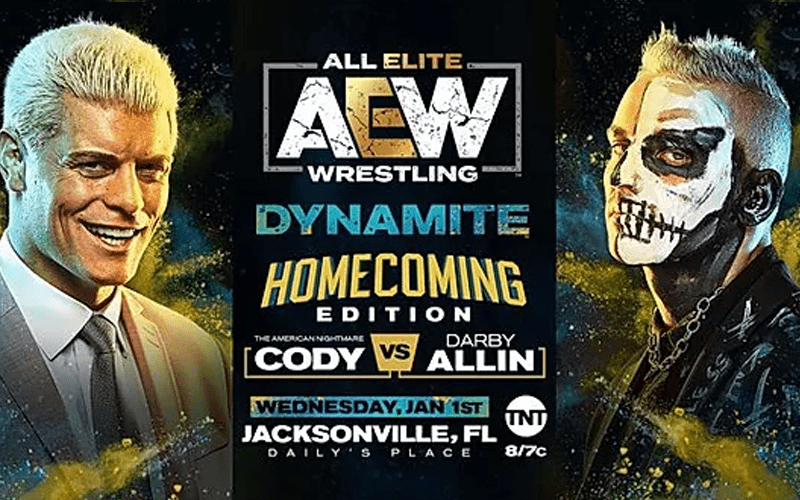 The match gets underway and they lock-up, with Moxley taking Trent down in a side headlock. Trent fights up and takes a headlock of his own. Moxley shoots Trent off and no-sells a shoulder tackle. Trent slaps Jon in the face, but Mox fires back with some knife edge chops. Trent lands a big chop of his own, then hits a running meteora.
Moxley counters Trent and lands a right hand. Trent rolls from the ring to the ramp but Moxley goes after him and suplexes him onto the ropes. Moxley gets fired up as the fans chant his name.
*Commercial Break*
We’re back and Moxley is beating on Trent around ringside. He whips him into the barricade, but Trent bounces right back with a spear on the floor. Both men get back in the ring and Trent delivers some chops to the chest, but then gets whipped into the buckles.
Half-and-half suplex from Trent sends Moxley from the ring. Trent hits a big tope to Mox on the floor, the slides him back inside. Trent connects with a running elbow in the corner, followed by a tornado DDT for a two-count. Moxley fires back with a running knee, then a facebuster for a near-fall. Trent counters a powerbomb, looks for a roll-up, but gets countered and they go back and forth.
Jon drops Trent with a stiff clothesline, then looks for the Paradigm Shift but Trent counters. Trent connects with a stiff clothesline of his own for a near-fall. Orange Cassidy gets in the ring and comes face-to-face with Moxley, then puts his hands in his pockets. Moxley respons with hands in his own pockets. The distraction allows Trent to hit a running knee, followed by piledriver for a near-fall!

Moxley rolls to the ramp and Trent jumps at him from the top rope, but Jon kicks him in mid-air and hits a Paradigm Shift on the ramp! Moxley gets Trent back in the ring and hits a second Paradigm Shift for the win!

Sammy Guevara comes walking through the crowd and addresses Moxley on the mic. Sammy says he sees why Moxley comes through the crowd, you get free food and drink, then takes stuff from fans. Moxley grabs a chair from ringside but Guevara tells him to relax, he’s not here to fight. Guevara gets on the apron and puts on a pair of 2020 sunglasses. Guevara says The Inner Circle has a big surprise for him, then directs their attention to the screen.
Jericho is standing outside, leaning against a sports car. Y2J says Moxley was very impressive tonight again. And his option to join The Inner Circle still stands. He says he doesn’t just want Moxley to join, he wants him to lead alongside him. If he joins, Moxley gets 49% of The Inner Circle LLC, he also gets the Ford GT that Jericho is standing with. Jericho says he wants to stand with Moxley, and beat Cody so bad that they pull the pink tie from his ass. He wants them to beat Kenny Omega so bad that he’s as dumb as everyone else in Jacksonville. Jericho gets in the car and leaves.
Moxley grabs a microphone and says, fancy cars aside, he has always considered Chris Jericho a friend and mentor. So out of respect, he will give him his answer in person, next week. The fans boo.

It’s a limited time offer, Mox! All you have to do is say yes to #LeChampion @IAmJericho. #AEWDynamite #AEWonTNT pic.twitter.com/JTwB5TPHJ9

Rhodes surprised Guevara from behind and attacks him. Rhodes drops Sammy with a clotheslines, then chops him in the corner. Dustin whips Sammy into the buckles, then throws him. Rhodes hits a lariat to Guevar to knock him from the ring.
Rhodes hits a cannonball senton from the apron to Guevara on the floor. Back in the ring, Dustin heads to the top rope but Jake Hager comes out to cause a distraction. Rhodes gets down to the outside but Guevara attacks him. Dustin counters Guevara with a snap powerslam on the floor, then sends him into the ring. Hager comes to face Rhodes at ringside, allowing Guevara to hit a dropkick through the ropes.
*Commercial Break*
Sammy has Dustin in a headlock when we return from the break. Guevara earns a few two-count, then looks for a shooting star press but misses. Dustin connects with two lariats, an uppercut, inverted atomic drop, and a kick to the face. Guevara hits a running shooting star press for a two-count and Dustin rolls to the apron.

Guevara gets on the apron with Rhodes, but gets hit with a Canadian Destroyer! Rhodes throws Sammy to the outside and into Hager, then gets him back in the ring and looks for the unnatural kick but the referee stops him. Guevara distracts the referee, allowing Hager to low-blow Rhodes and Sammy to roll him up for the win.

Private Party are interviewed backstage by a bar. Before they get to talking, Hangman Page walks up and pours himself a shot of whiskey. Private Party take the drink and say they’re worried about Page. He says they should be worried because he could kick both their asses. They argue for a bit, then Hangman walks off.
MJF makes his way to the ring, accompanied by Wardlow. He will address Cody’s offer after the break.
*Commercial Break*
MJF and Wardlow are in the ring. MJF says that if Cody wants a match with him it has to happen on PPV at Revolution because he doesn’t wrestle for nothing. That said, if Cody even touches him before that they will never face each other.
However he does have a few stipulations. The first of which, is that Cody will have to go one-on-one with an opponent and beat them to get the match, and it’s none other than Wardlow. MJF then pretends to talk to Wardlow – who doesn’t speak, just like Jake Hager – and says they’ve agreed to make the match a steel cage.
However there is one more stipulation. And that is that Cody will come to the ring and allow him to whip him with his belt not once, not twice, not three times etc, but ten times! And the scars his belt leaves will be a reminder that MJF is better than him.
*Commercial Break*
Jurassic Express is backstage and they’re asked about the past few weeks. Jungle Boy says it’s been crazy; he faced Chris Jericho in both their last matches of the decade, and he went the distance. However this is a new year and they want a win to kick things off right. Music begins playing over them but Luchasauras says “life finds a way”.

Adam “Hangman” Page joins the commentary team. We’re sent backstage for an interview with Riho but the first half is hard to hear with music playing. Britt Baker interrupts and insults Riho for not being here every week. Riho can’t speak English, but she sure looked insulted.

The Elite Vs. PAC & The Lucha Bros

Kenny starts the match with Pentagon Jr. and slaps him with his glove. Kenny tries to knock PAC from the apron but the Bastard is wise to it. Fenix tags in but Kenny knocks both him and Pentagon with a basement dropkick and tags Nick Jackson.
Nick catches Fenix with a hurricanrana, then sends him from the ring. Pentagon distracts Nick, allowing Fenix to superkick him. Jackson is sent out of the ring on the other side and the same exchange happens as before, but with Matt Jackson playing the role of Pentagon this time. Back in the ring, Matt and Fenix go back and forth with kicks and reversals, ending with both kipping-up and staring at each other.
*Commercial Break*
Back live and PAC pulls Kenny from the ring, then hits a twisting plancha to the floor. Back in the ring, PAC kicks and chokes Kenny in their corner, while Pentagon and Fenix attack him. Kenny kicks PAC away and rolls to make a tag but PAC grabs him to prevent it. Kenny rolls under PAC and tags Nick, who ducks PAC and knocks the Lucha’s from the apron.
Nick kicks PAC into the corner and hits a bulldog and tags Matt. The Young Bucks hit a double-team, rolling Canadian Destroyer to PAC, then stereo Destroyers to the Lucha Bros. Omega returns to the fray against PAC and he offers the first shot. PAC hits Kenny but Omega fires back with a shot that drops him. They exchange until PAC hits the snap German suplex, then misses a kick and Kenny hits the V-Trigger. Kenny with the snap dragon suplex, followed by a sit-out powerbomb but Pentagon kicks him to break the pin.
Pentagon slingblades both Jacksons, then hits Kenny with a backstabber. Fenix tags in but the Jacksons superkick Pentagon. Fenix hits both of them with a rolling cutter, but Kenny hits him with a snap dragon suplex. Fenix no-sells it and hits a rolling cutter to Kenny. Tag to PAC, who hits a Black Arrow on Kenny but the Bucks make the save.

PAC locks in The Brutalizer on Omega but gets kicked by Matt Jackson. Double superkicks from the Bucks to Pentagon, then Fenix gets a tag from PAC. Springboard from Fenix but he gets caught with a V-Trigger. One-Winged Angel from Omega earns the victory.

As soon as the match ends, Cody comes out to celebrate with The Elite. They motion for Hangman Page to join them from the commentary table but he refuses.
And that’s it for AEW Dynamite. Let us know what you thought of the show on our Ringside News app, or on Instagram and Twitter. Come back tomorrow for more wrestling news. Until then, stay safe!