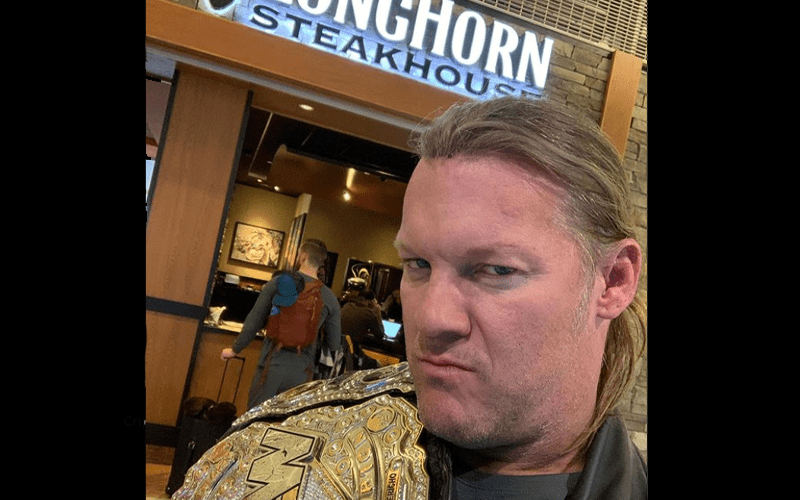 Chris Jericho was AEW World Champion for less than 24 hours when he lost his title. He was eating at a Longhorn Steakhouse at the time and the rest is history.

Jericho recently poked a little fun at the situation when he just so happened to run across a Longhorn Steakhouse while sporting his title.

Never take your eyes off the @allelitewrestling title in certain situations…. #lifelessons

The AEW World Title ended up on Craigslist for a bit during that situation so there’s no telling what could have happened. Thankfully, whoever found it on the side of the road realized that it was the genuine article and had it returned. That still won’t make Chris Jericho take his eyes off of a Longhorn Steakhouse when he’s around one.