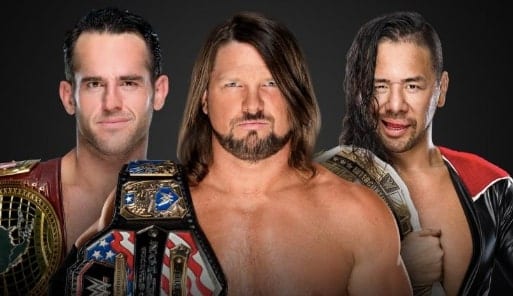 As seen on Sky Bet, the betting odds for AJ Styles vs Shinsuke Nakamura vs Roderick Strong at WWE Survivor Series have been released.

The battle of the midcard champions was a match that quite a few fans saw coming, but that doesn’t make it any less awesome. All three guys are incredibly talented and are capable of pulling some big performances out of the bag when it matters the most – and this is a match that certainly matters for their respective brands.

There’s a risk of it becoming a little bit chaotic due to the triple threat element of the bout, but such is the nature of triple threat matches.

In terms of the odds, AJ Styles is currently priced as the 5/6 favourite to walk out of Chicago with the bragging rights and a point for his brand. Nakamura is a somewhat distant second favourite with odds of 7/4, whereas Strong is certainly the biggest underdog at a price of 7/2.

We could certainly picture a scenario in which Strong is able to defy the odds and pick up the win for NXT, but it definitely seems unlikely. When you take a look at the remainder of the warfare matches on the card, there are more realistic contenders in the battle for victories on the night at Survivor Series.

There are still plenty of twists and turns coming our way before Survivor Series even gets started and that, in itself, is a pretty exciting thing for all pro wrestling fans.