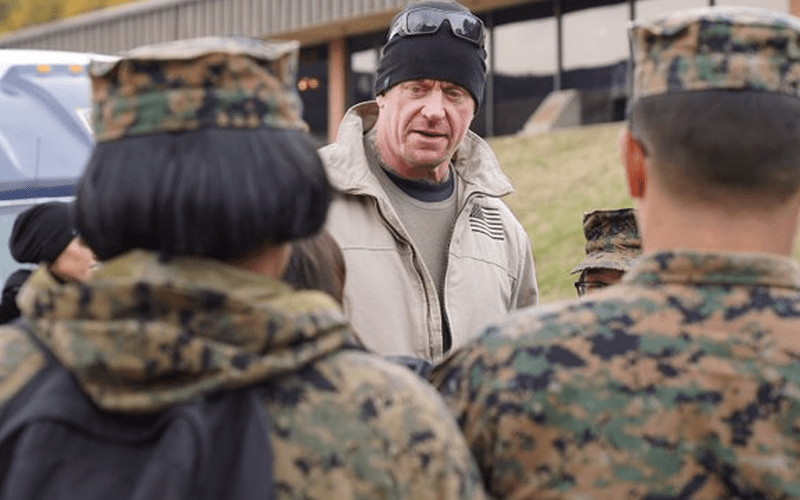 The Undertaker is getting out there and showing a side of himself that he seldom did before. This includes attending events and taking part in interviews, but he’s always had love for veterans.

Taker and his wife Michelle McCool took part in some Veteran’s Day activities. WWE posted some pictures from the event with the following caption:

#Undertaker & @McCoolMichelleL had the opportunity to visit with Marines in Quantico, Virginia today, which was “the opportunity of a lifetime” for the Deadman!

The Undertaker took part in a very long interview with Steve Austin as part of the Broken Skull Sessions. Those two legends had quite a chat backstage at Madison Square Garden that we can’t wait to see.

There are currently no future Undertaker appearances scheduled for the ring, but it was good to see him out and celebrating Veteran’s Day with other American Badasses.