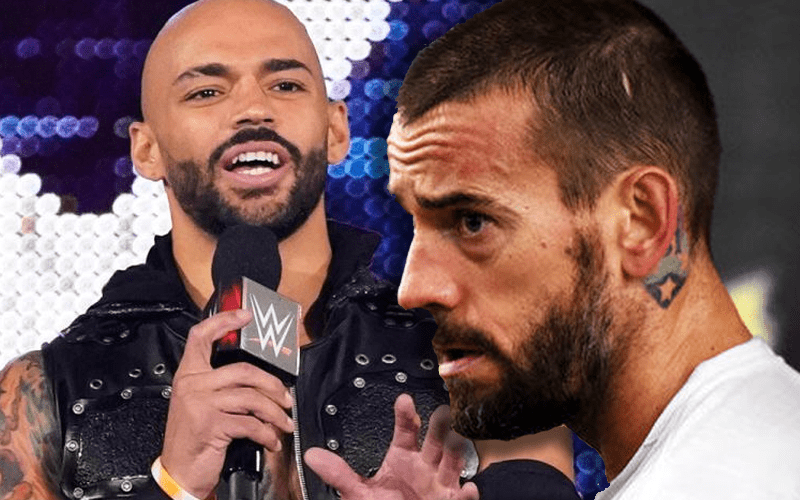 CM Punk did not return to WWE last night, but he was on WWE Backstage. He will be a special contributor on the FOX show, but some people are thinking he’s getting ready for an in-ring return.

Of course, CM Punk can do whatever he wants. He’s still in good shape and could probably command some amazing paydays to wrestle. For the time being all he’s doing is talking on television.

Ricochet read Ringside News’ article about CM Punk getting heat from some fans over his WWE Backstage involvement. They called him a “sell out” and Ricochet commented on this instance of fans being fickle.

Bahahaha, they can be fickle can’t they?!

It might also be worth noting that Ricochet wants CM Punk after Seth Rollins is through with him. Either of those matches could be amazing, and a triple threat match sounds even better.

In the meantime, please enjoy CM Punk on WWE Backstage. Also, keep in mind that it doesn’t mean he’s guaranteed to make an in-ring return. It also makes it a lot easier if he was interested.