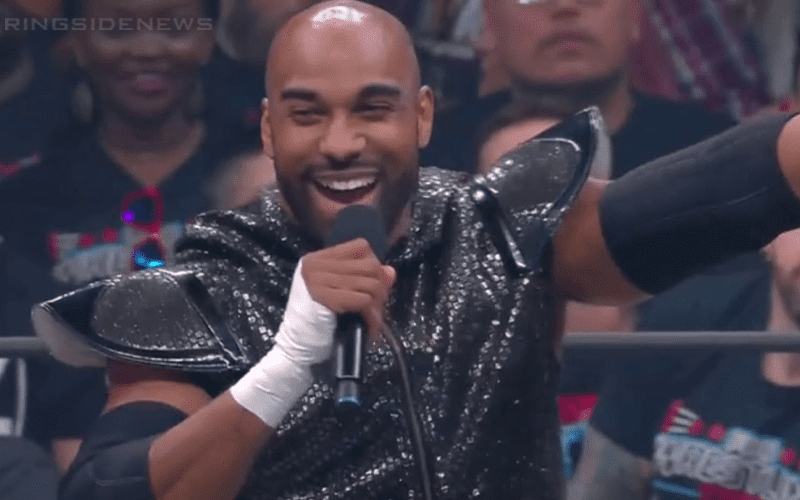 Scorpio Sky could probably get plenty of interested females if he just put “1/2 of first-ever AEW World Tag Team Champions” on his profile. He has an even better idea.

On Being The Elite, Matt Jackson presented Sky with a big pop. It was actually a big ring pop. Then Scorpio Sky started licking the sucker on Matt’s hand in one of the most awkward and hilarious moments on BTE in recent memory.

This gave Scorpio Sky a great idea for online dating.

Brb! About to make a http://match.com  profile and put “Looking for someone to be my ring pop.” In the bio.

Scorpio Sky might get a lot of women to message him after seeing that in his description. We’re willing to bet that he could give MJF a run for his money in the ladies man department soon enough if he uses this strategy.