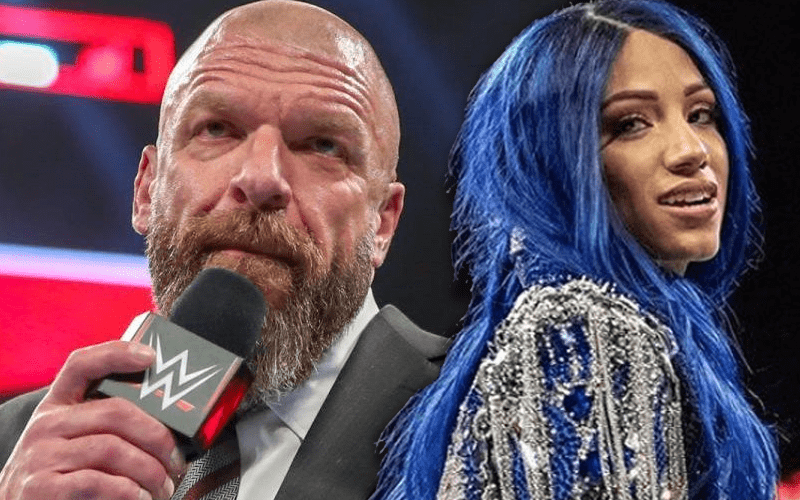 Sasha Banks took a hiatus after WrestleMania. She reportedly told WWE that she wanted to quit. This was followed by months of her teasing other activities on her social media. She admitted to laying on the floor during WrestleMania, then she shot that report down. One thing we can be relatively sure of is that The Boss is making bank in WWE.

While speaking to Sam Roberts at Ringside Fest, Sasha Banks cut a little kayfabe promo about how much money she has. She gets a private bus and a plane. The Boss also said she gets paid extra to wrestle which Vince McMahon had to give her since Triple H is “a little poor right now.”

“Yeah [I was negotiating during my hiatus]. It’s all about the money. That’s why I haven’t been really wrestling on SmackDown yet because I’m waiting for the check to get cleared to bonus out, so. I only really wrestle for money. Triple H said he was going to pay me extra, but I guess he’s a little poor right now, so I got the check from Vince. Thank you again, Vince.”

“I’m just waiting on that check from Hunta… I’m gonna collect for what he did on Friday Night SmackDown, by the way. He still owes me a ton of money from NXT as well, so… Hell yeah he does. So if he wants to be in the Bank Statement… I’m gonna come to collect.”

Sam Roberts probably didn’t think that Sasha Banks would be cutting that kind of promo on him. This is especially interesting because she fired some big shots at Triple H in the process. Let’s just see if NXT will eventually collect on Banks.